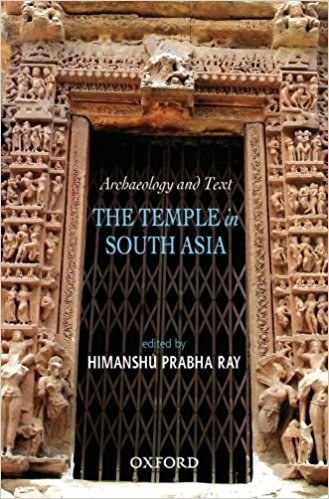 Ecclesiastical edifices in diverse cultural landscape have played an influential role since their emergence in the Indian subcontinent.
Temple, perhaps, was the most perceptible institution that could register socio-economic and cultural transformations in the surrounding society of which it was an inseparable part. Primarily it emerged as a centre of worship and pilgrimage but its role as museum of art and architecture cannot be denied. In the economic field the temple emerged as a landowner, consumer of goods, and also providing employment to a large number of people in its vicinity. However, on the social scale many ceremonies and sacramental practices were performed in the temple complex; it also acted as a public record office preserving valuable inscriptions and other historical documents.

A collection of thirteen essays presented earlier at an international conference held in October 2007 at Oxford put together by Himanshu Prabha Ray, explores some of these issues concerned with temples. The work has been divided into two sections: ‘Archaeology of the temples’ and ‘Asceticism and the bhakti tradition’.

Section I incorporates those essays that are specifically addressed to the temple and its art and architecture. Section II has five papers dealing with various aspects of religious practices followed in the temples and how such traditions influenced the popular sentiments of the devout followers over the centuries.