Veneration and Appropriation of the Feminine 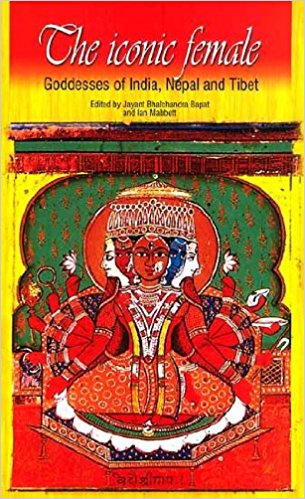 Veneration and Appropriation of the Feminine
Jaya Tyagi
THE ICONIC FEMALE: GODDESSES OF INDIA,NEPAL AND TIBET by Jayant Bhalchandra Bapat Somaiya Publications, 2010, 230 pp., 400
August 2010, volume 34, No 8

Feminine forms have always been represented with great diversity in the Indian subcontinent and the variety of data available can overwhelm most scholars. Every local village has its own kuladevis or devatas and shrines devoted to deities. Every family has its own rites and rituals which have been handed down over several generations and been subject to the exigencies of time, region, technology and market forces. To further complicate our neatly structured scholastic minds wherein religious identities exist in compartmentalized sections, there are no clearly demarcated boundaries and multiple identities—caste, regional, village/urban, family traditions—overlap and intersect. Many individuals and communities chart their own devotional routes, separated from their caste, class and family traditions.

Given this scenario, attempting to present a coherent work on the Goddesses of India, Nepal and Tibet is a daunting task, especially as there has already been considerable work on the goddesses, and it is increasingly being questioned as to whether images (in texts or as figurines) are mother figures, goddesses, icons, votive figurines, all or none of these. The Introduction to this collection of essays underlines the need to study the diversities and variations that exist in studying the figure of the goddess. The range of articles certainly highlight this as rich and varied material from archaeological data, ethnographic studies, hagiographies and textual narratives are presented to show the many different ways in which the female figurine has been represented in the Indian subcontinent. The time period and the geographical terrain covered is breathtaking, from the Indus period to the Early Historic to the Early and Late Medieval (Tibetan dakinis and bardic goddesses in Rajasthan) to contemporary accounts of Rabari and Koli communities in Rajasthan and Maharashtra. The articles are full of interesting details on various forms of worship and the sheer range of topics covered is what adds to this collection’s allure.