Intellectual Freedom in the Study of India 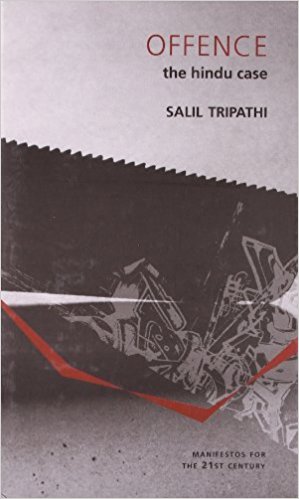 This has been a tumultuous decade for the academic study of India. In his Offence: The Hindu Case, Salil Tripathi provides a timely overview of the growing censorship and harassment that scholars working on India have faced. Not a pretty sight to behold: people have felt the need to ban books and terrorize authors, harass teachers and disrupt classes, toss eggs at some and blacken others faces. Academics now run the risk of smear campaigns, court cases and physical intimidation, all because certain groups feel offended by what they write about the Indian past or the Hindu traditions. The facts are difficult to miss. Hence, the Hindu nationalist threat to academic freedom has caused commotion around the world. According to Tripathi, the rise of Hindu nationalism is indeed the chief, if not the only, threat to intellectual freedom in the study of India. In his essay, all Indians and NRIs who are concerned about the representation of India and its traditions are either bigots or prudes.

The goondas who burned M.F. Husains paintings and ransacked the Bhandarkar Oriental Research Institute are presented as the extremist fringe of a long arm of fundamentalism that also embraces NRI professionals and western Hindu sympathizers. On the other side, Tripathi places historians like Romila Thapar and religion scholars like Wendy Doniger, whohe claimsgo as far as the facts take them and are attacked for doing so (pp. 75-87). These scholars are presented as spirited fighters arguing for academic freedom and the spirit of open inquiry in India (p. 86). This way of presenting things is both unfair and unbalanced. Like most journalists, Tripathi ignores another threat to intellectual freedom in the study of Indiaone that may be less manifest, but is all the more insidious.