Institutionalization Of The Engineering Profession In India 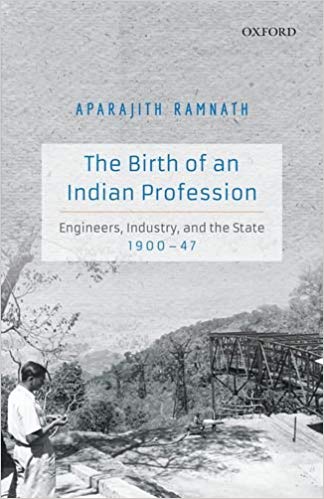 Institutionalization Of The Engineering Profession In India
Chirashree Das Gupta
The Birth Of An Indian Profession: Engineers, Industry And The State 1900-1947 by Aparajith Ramnath Oxford University Press, New Delhi, 2018, 266 pp., 895
October 2018, volume 42, No 10

India produces on an average 1.5 million engineers each year. Among the middle class and the lower middle class in contemporary India, a first degree in engineering remains the most coveted dream even though only a small proportion of such graduates actually make it to engineering as a profession given the declining importance of manufacturing and industry in India’s output and employment structure. This essentially middle class aspiration possibly has its material roots in the limited import substituting industrialization policies of the first three decades after Independence. Aparajith Ramnath provides an explanation of the prelude to this aspiration. The Birth of an Indian Profession: Engineers, Industry and the State 1900-1947 provides an account of the rise of engineering as an ‘Indian’ profession under British colonial rule and the conflicts and contestations that led to the proliferation of an entirely new profession in the sub-continent. In doing so, the author’s focus is on institutions and processes of Indianization and industrialization ‘closely related to the educational backgrounds, identities and work cultures of engineers in the first half of the twentieth century’ (p. 14). The rise of the profession is located by the author within the historical peculiarities of India’s limited industrialization under colonialism, a point to which we shall come back later.