Impact Of Ecological Change On Tribals 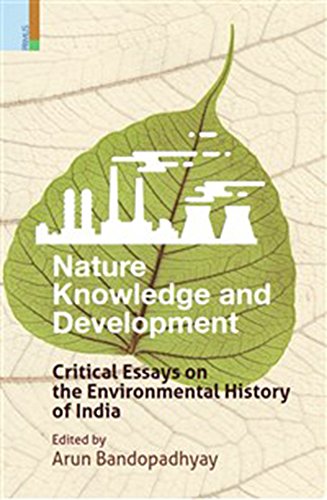 In the last three decades environmental history has grown rapidly and has made significant contribution in developing environmental sensitivity in historical narratives, specifically of the colonial period. Recent works on environmental history have focused on how ecological changes have adversely affected tribal people. This is a new perspective to understand the marginali-zation of tribals. This book brings together essays which see disruption in the link between tribal subsistence and forests as a major factor in increasing economic vulnerability of tribals.

The book has eight chapters including introduction which is followed by two chapters that discuss the larger issues of science, development and ecology: one providing critique of modern science from the ecological perspective and another searching tenets of deep ecology in ancient Indian texts. Tapan Kumar Chattopadhyay shows how modern science acquired a hegemonic position from the 18th century and in the process delegitimized traditional knowledge, which evolved over centuries recognizing ecological limits. By associating with capitalism, modern science and technology focuses more and more on production, without recognizing the limits imposed by nature. This is at the root of the environmental crisis. Research in science and technology in recent years, argues Chattopadhyaya, has increasingly focused on technologies of warfare. Armament industry, he argues, is a major sponsor of research in western universities. Nuclear power and its use in war, as all of us know, has serious implications for life on earth. Chattopadhyay is right to some extent in alerting us of the direction research in science and technology is taking. But he is overlooking the contribution of science and technology in the fields of medicine, transport, communication, information technolgy, etc., areas in which people have really benefitted. He, however, makes it clear that he is not anti-science and does not see anything wrong with it as long as it does not harm the environment. The chapter rightly suggests that modern science and technology should not aim at controlling nature, rather it should recognize the limits imposed by nature.