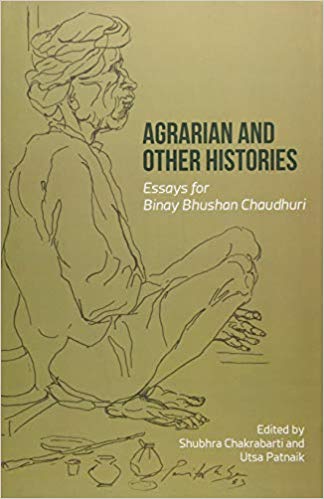 Scholars from varied disciplines of social science in the recent past have been engaged in revisiting the concepts of rural, urban, peasant, non-peasant, formal, informal labour, intermediaries, money-lenders, classes of labour, new forms of caste bondage, freedom and un-freedom, given the significant changes in rural and urban India. These conceptual debates have a long historical trajectory as they provide several contextual interpretations from different periods of time. At a time when it is essential to relook at the context in which some of these debates took place, Agrarian and Other Histories provides refreshing insights. By invoking the relevance of the ideas of Professor Binay Bhushan Chaudhuri on the agrarian history of eastern India, the contributors pay a rich tribute to the economic historian through this book. The book attempts to cover four broad themes of agrarian history that Chaudhuri dealt with for about five decades: the concept of peasantry, growth of commercial agriculture in eastern India, the process of ‘de-peasantisation’ by which small and marginal peasants gradually lost their land and turned into sharecroppers or hired labourers, and finally the forcible induction of large numbers of tribes and forest dwellers into settled agriculture resulting in spates of rebellion. The introduction by Shubhra Chakrabarti provides a panoptical view of Binay Bhushan Chaudhuri’s contribution to the agrarian history of eastern India by highlighting the decisive role played by the peasant households, zamindars and the colonial state; non-peasant rural agents such as money-lenders, affluent landholders; farmers and agrarian intermediaries (Jotedars) in the rural agrarian structure.