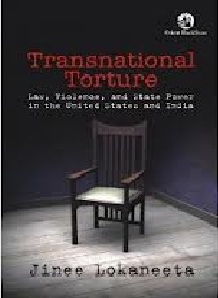 Modern liberal democracies see laws based on coercion as a feature of the ancient-medieval barbaric regimes of the past or the uncivilized ‘other’. Their conception of self is based on adherence to rules and principles with no room for excessive violence or coercion. Theorists like Dworkin and Hart argue that violence occupies a secondary place in the legal process in democracies. Jinee Lokaneeta in consonance with theorists like Kaufman-Osborne and Robert Cover challenges this theoretical premise and painstakingly tries to establish that violence is inherent in the functioning of liberal democracies in exceptional circumstances as well as in routine statecraft. The author focuses on the legal and political discourse on torture—as indicative of ‘excess violence’—in the United States of America and India. While laying out the contours of the torture debate the author investigates why existence of torture is denied by democracies despite overwhelming evidence; or at best is seen as mere aberrations in exceptional situations. She argues that torture or excessive violence theoretically is a paradox for the very conception of a liberal state based on consent, freedom and dignity of the individual. Abolition of torture is essentially seen as a ‘fairy tale’ of enlightenment inspired notions of progress.