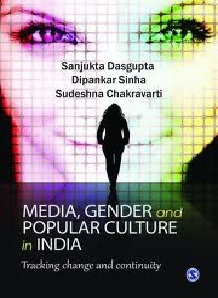 The book narrates the changing socio-cultural landscape of India, particularly, in the era of globalization and its implications from the vantage point of media representations of popular culture and gender. It examines the deeply intricate ways in which popular culture and media are connected and inform.

The book maps as well as traces the complex transactions between media and mediations from the post-Independence decade of the 1950s to the present. The authors, all of them Professors at the University of Calcutta, while locating media in society ground their initial argument in a multiplicity of debates that surround contemporary media studies like those pertaining to freedom of the press, media’s role in society, cultural diversity and media representations and finally, the central focus of the book, namely the role of media and its representation of popular culture.