A Work of Celebration 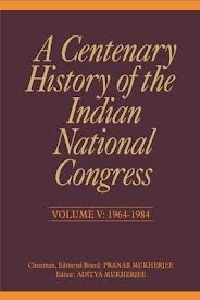 This massive volume is a great disappointment. Of the nineteen chapters, one is outstanding, four or five others are well done and generally informative. Apart from these few exceptions, there is little new information provided and the articles offer few if any insights into this critical period in modern Indian history. Some, indeed, do no more than rehearse misleading governmental reports, such as the tiresome rhetoric of the Five Year Plans.

On the positive side, Sudha Pai’s ‘The Congress Party and Six National Elections: 1964-1984’ is a well-balanced, well-researched essay, avoiding both adulation and denigration of Indira Gandhi, by far the most important figure of the period. Other worthy contributions include V.P. Dutt’s ‘Foreign Policy Challenges 1964-1984’ though Dutt is mistaken in praising Mrs. Gandhi for ushering in the ‘Green Revolution’, with which she had little to do. The accolade here should go to the International Rice Research Institute, to Norman Borlaug, and to those, like M.S.

Swaminathan, who promoted the introduction into India of High Yielding Varieties of wheat. None of these are mentioned.