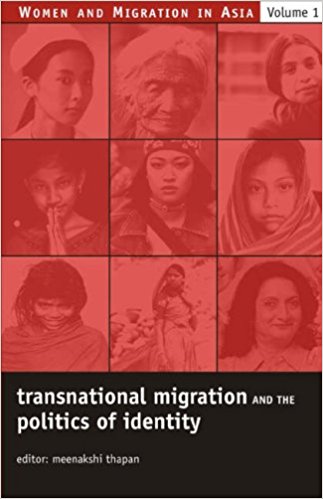 Migrants officially sent home more than US$167 billion dollars to their families in developing countries this year, a figure more than twice the level of international aid, according to the findings of the World Bank’s annual Global Economic Prospects report for 2006, titled The Economic Implications of Remittances and Migration. Thus, the critical role that is being played by the migrant subject, in particular, the transnational migrant subject in the contemporary world, makes Meenakshi Thapan’s first volume in the Women and Migration in Asia Series, very timely. Indeed, the issue of migration is fast becoming the central social justice issue of our times, and to have a volume that is particularly focused on addressing the gender aspects of migration is critical to any legal and policy formulation that responds to these global flows. The series emerged from a major international conference on Women and Migration in Asia organized by the Developing Countries Research Centre, University of Delhi, 2003.