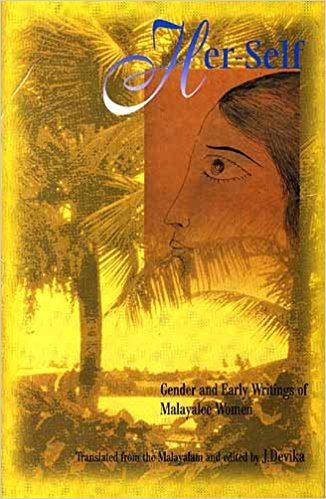 This book has a fresh and endearing sense of timelessness, although  the essays translated here are of women writing in their native tongue in the 1930s. While U.R Ananthamurthy was called in by the Kerala government to help revive government schools and the teaching of Malayalam, the natives of the 21st century had concluded that the learning of English was what would get them jobs abroad, and that this was integral to the survival of the Malayali. It is interesting that the problems of bilingualism are not in the forefront in this collection, and these Malayali  writers are comfortable with their erudition as editors of magazines, or as activists  or as housewives. Thanks to Devika’s detailed notes we get to hear the voices of the others in the fray, the men and women  who are part of the debate. These are very scholarly and reader friendly texts, which accompany the essays like loyal shadows. It is extremely curious that the concerns these women had are so similar to the ones we have now.