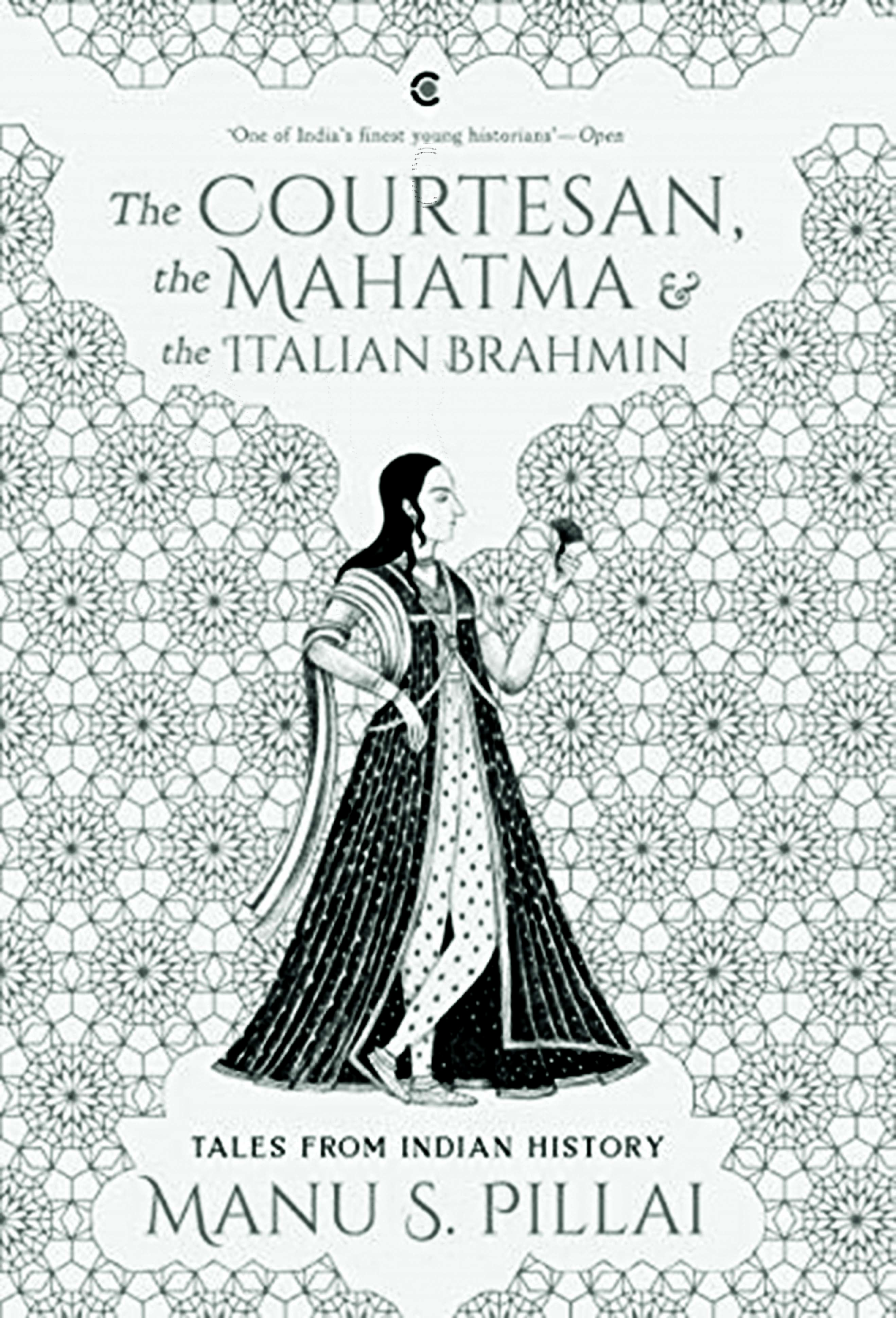 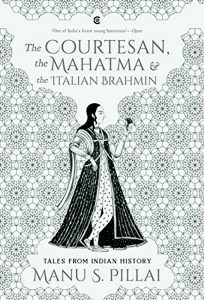 Today history is being reinterpreted if not rewritten—mainly by those who would prefer India to melt into a single religious identity. But historical events and historical figures cannot be understood, let alone judged, in isolation. This can happen only when they are viewed in the framework of their times and after undertaking some study of the forces that shaped their actions. This is the aim of Manu Pillai’s third book, The Courtesan, the Mahatma and the Italian Brahmin.

The book comprises 60 pieces Pillai published in newspapers and covers people, episodes and institutions from Indian history. Every essay is  interesting and  unusual and reflects the great strength of our country—the ability to tolerate and embrace differences and diversity. The theme of the book is that in understanding our history we can improve our understanding of  ourselves and others. The reader is introduced to relatively unknown historical figures and unknown aspects of well-known figures.

The theme of the first section of the book ‘Before The Raj’ underscores the ability of this country to assimilate and encourage different schools of thought. One of the more dramatic examples is that of the Muslim deity in a Hindu temple—part myth and part history—of the Muslim princess who is part of the mural and the rituals of a Hindu temple. An exemplary example of India’s tolerance is the life of De Nobili, the Italian Jesuit who arrived in India in the early 17th century, mastered Tamil and Sanskrit and was accepted as a Sanyasin in South India oceans away from his birthplace. Though his story is not part of this book, the famous British scientist JBS Haldane would, in the 1960s acquire Indian citizenship, live on Indian food, wear Indian clothes and declare that no country was as diverse as India.  Other examples of those who transcended religion include Kabir and Dara Shukoh the former of course acquiring the status of an icon after his death and the latter depicted as a man of his times—waging war (not very successfully) while writing poetry and translating the Upanishads.

More than a third of the examples cover the important role of women in history. Some achieved fame on the battlefield, others by wielding power in the court, yet others by challenging the norms of society. Apart from immortal  names such as Rani of Jhansi and  Meerabai, we have the begum of Sardhana (the courtesan who became a princess) and the case of Bhagmati with whom Muhammad Quli of Golconda was so fascinated he, it is told, wished to name a city after her. Jodha, the consort of Akbar who consolidated her power as the mother of Jahangir and became the largest owner of merchant ships of her time is another. Incidentally, it is quite telling and unsurprising given the times, that many enlightened men are shown to be quite patriarchal in their views on women and their role in society.

The section ‘Stories From The Raj’ is a mixture of those who understood India and those who exploited the country. In bridging the gap between the West and the East in the 18th century  is William Jones. It was his translations that first alerted the West to the glories of Sanskrit. Pillai chooses Clive as the most famous English plunderer of India.

This could have been balanced by a sketch of Warren Hastings the first Governor-General. An admirer of eastern languages and culture, with great sympathy for Indians, he sponsored the first ever direct translation of the Bhagavad Gita (Sanskrit-English) and some Islamic texts and together with William Jones founded the Asiatic Society. ‘In truth I love India a little more than my country,’ he wrote.