India Through The French Lens 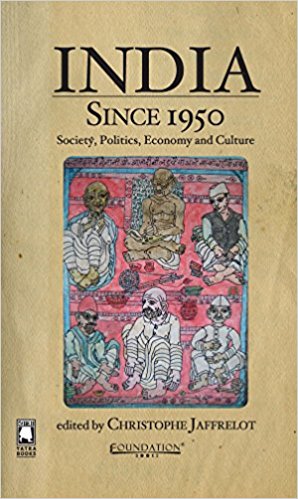 Christophe Jaffrelot, a noted French expert on Indian politics, has made a stupendous effort to bring together this collection of forty-five essays, including an Introduction and a conclusion by him of French writings on India. Prepared as a Reader for French students of Indian studies, this English translation connects Indian readers (students particularly) to analyses of various Indian issues over the years by French Indologists. Aside from contemporary researchers, the volume contains essays by scholars who began introducing India to France. The significance of this volume must be seen from the perspective of the increasing engagement of the two countries in the field of social sciences. It must be underlined at the very outset that while there has been a sustained Franco-Indian engagement, the reverse engagement has been scarce, despite the fact that there are bilateral agreements in various fields between Indian and French institutions. Indeed, learning an additional language, perhaps limited facilities to learn French in Indian educational institutions, is a factor.

A sustained effort from the Indian side to study France (and French language) should take into account that the French scholars learn more than one language to study India. This would add to comparativist literature on two countries.