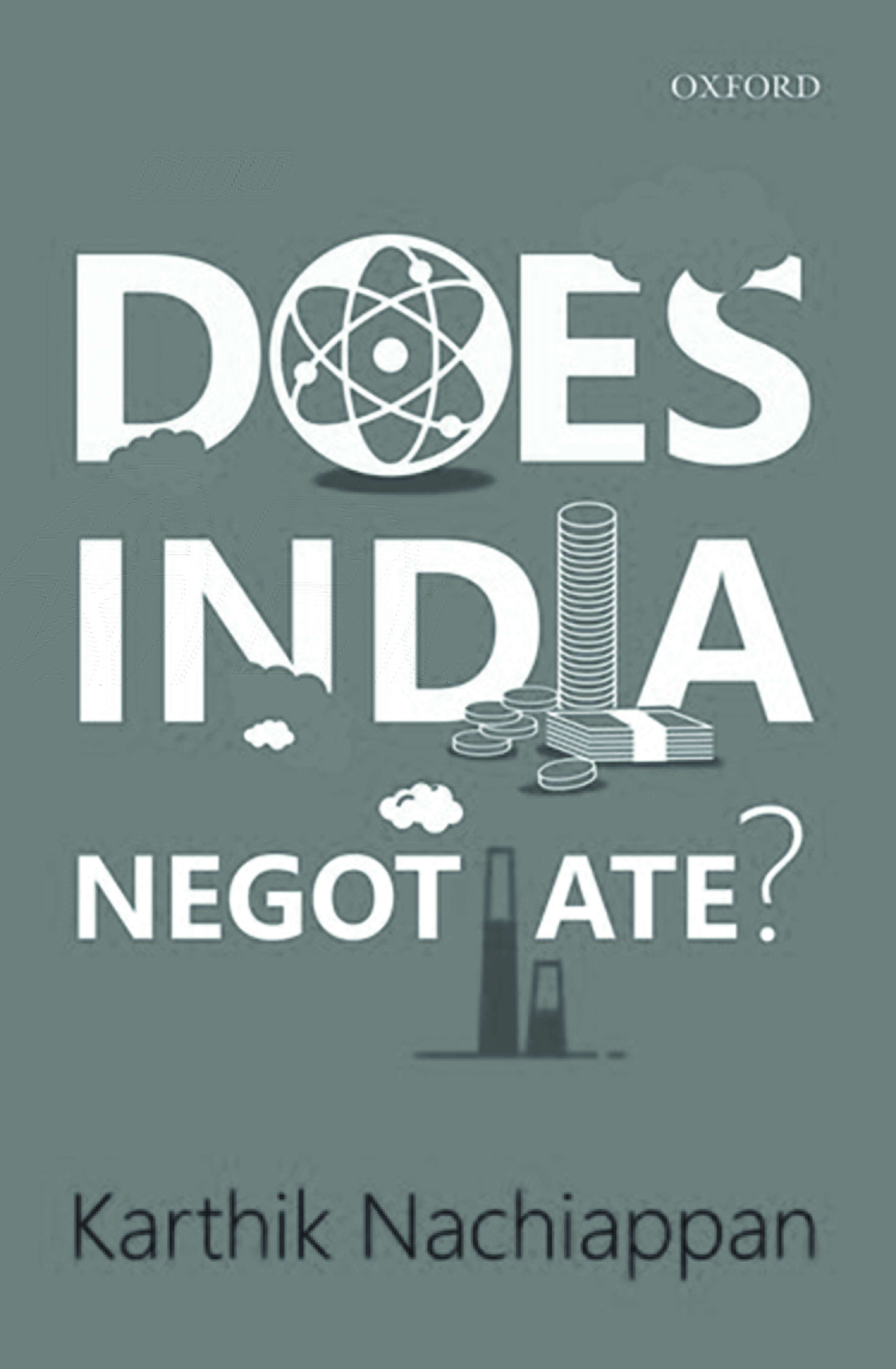 Does India Negotiate?  Most in India and especially those with interest in Indian foreign policy will question the validity of the question and wonder why the author is pushing at an open door.  The book is however not so much directed at an Indian as it is at a western and affiliated audience where even in informed circles this very question is often raised in all seriousness. Thus, it is not infrequent to have Indian negotiating tactics and strategy diagnosed in terms of unchanging and essentialist features unrelated to the issue at hand–postures thus are frequently described as ‘defensive’, ‘prickly’, ‘obstructionist’, etc.  Karthik Nachiappan’s book is aimed at precisely such views and is a rigorous and sophisticated investigation of Indian negotiating positions in different multilateral fora.

Nachiappan’s answer to the question he poses in the title of the book is a resounding ‘Yes’.  In developing this answer, the author digs deep into the rationale and the interests that different Indian negotiating positions represented. He does so by an empirical examination of how India actually negotiated during the process of the formalization of four different regimes: The Framework Convention on Tobacco Control (FCTC), the Framework Convention on Climate Change (FCCC), the Comprehensive Test Ban Treaty (CTBT) and the Uruguay Round Trade Agreement.   This is obviously a wide spectrum of multilateralism but broadly falling in the period of the late 1980s up to the early and mid 1990s.  This has enabled Nachiappan to mine a variety of primary and secondary sources which supplemented with interviews makes for a narrative that is animated and realistic.  Nachiappan is also to be complimented for the thoroughness with which he has mined archival records wherever they were available and the manner in which he has married multilateral records from different sources with governmental and non-governmental records from India.