In Search of Intellectual Roots 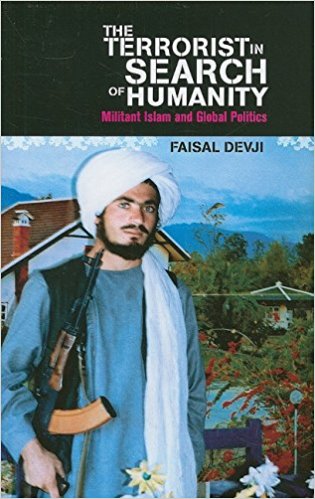 Faisal Devji’s latest book continues in the same provocative vein as his first, Landscapes of Jihad: Militancy, Morality, Modernity. He tees off with a short preface, plunging headlong into the opening and arguably the most contentious thesis in his entire book stating that Al Qaeda speaks from within the world of its enemies, employing the same categories and particularly those of humanism, humanitarianism and human rights (p. x). Al Qaeda, Devji posits, is engaging in ‘a new yet unknown politics that [takes] for its arena the globe in its entirety’ (p. 2) and ‘[l]ocal forms of Islamic militancy are … increasingly mediated by global conditions rather than the other way around . . .’ (p. 4). The author also argues that the new Muslim militancy is not concerned either with national states or with international ideologies and nor does it provide an alternative utopia even as it, like environmentalism and pacifism, takes the entire globe as its site of action.

Devji’s canvas is vast and perhaps precisely because of this reason it is easy to spot instances of overreach in the conclusions drawn. While he is certainly correct in saying that there are several things amiss in the western or non-Muslim studies of Al Qaeda, it might be said with some justification that the author has perhaps gone overboard in his attempt to provide an intellectual sheen to Al Qaeda’s ideas and practices. As he says, Al Qaeda has lost whatever institutional form it once possessed to become a sort of brand ambassador for ideas and practices that have been adopted by militants in different parts of the world. According to Devji, Al Qaeda’s militancy views ‘Muslim suffering to be a “humanitarian” cause that, like climate change or nuclear proliferation must be addressed globally or not at all’ (p. 6). Yet, to say that the militants themselves are united by or have been globalized in a common vision based on humanitarianism as Devji does, seems patently wrong given the obvious differences in the kind of actions and motives and the lack of any links between say a Lashkar-e-Taiba (LeT)-trained militant killing people in a hotel in Mumbai and a Palestinian suicide bomber on an Israeli street.

There is hardly any doctrinal unity between Osama bin Laden or his key lieutenant Ayman al-Zawahiri (p. 45) and similarly, Al Qaeda’s leadership has constantly tried to ensure that global Islam rose above a purely Arab or nationalist framework—al-Zawahiri has gone so far as to warn Abu Musab al-Zarqawi to refrain from turning his struggle against the American-led coalition troops in Iraq into a localized or ethnicity-based one (p. 108) and to cease attacks on Shias (p. 123). Given this evidence of an inability to come together even among the top echelons of the Muslim extremist movement, it seems unlikely that any sort of overarching unity based on something as utopian or abstract, as humanitarianism, in the complicated way that Devji arrives at it, can exist across the spectrum of militant struggles carried out by ordinary Muslims around the world.