In Quest of Freedom 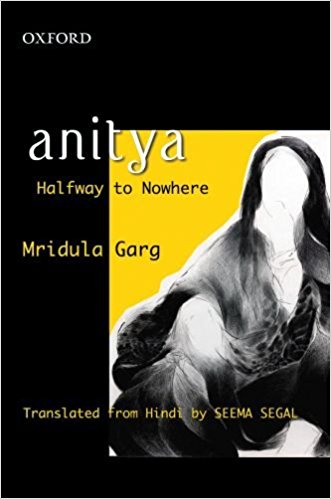 The novel Anitya by Mridula Garg is a fascinating story that beautifully weaves the personal and political into one thread. It effectively uses the backdrop of the independence struggle to recount the failings of a nation and also the individuals caught in a web of conflicting ideologies. Treading the path of ‘protest or compromise’ is an eternal conflict faced by individuals and nations alike. Whatever one may choose, one ends up embracing pain arising out of the futility of the whole course of action. It is an endless journey that takes you nowhere. Hence, in Anitya a story of thinking individuals engaged in a quest for freedom (both personal and political), the characters find themselves making choices that lead them nowhere or ‘halfway to nowhere’. The novel touches the chord of many hearts by bringing forth the rage and angst of youth, questioning the establishment which in the garb of ideologies jeopardizes the lives and destiny of ordinary people.

In the author’s note, Mridula Garg expresses her belief that ‘… a novel is written not only by the writer but also the time in which he or she lives….’ This novel is placed in the nineteen-fifties. It recreates the events of the independence struggle and its aftermath. The reflections of history brought alive show strong influences on young minds. Avijit and Kajal have both lived through and out of the independence struggle. They are witness to the euphoria of fighting an imperial regime and the disillusionment of Independence. Anitya not only illuminates a specific timescape, it transcends time. It was first published in Hindi in nineteen-eighty. That was the period when the Indian polity had seen a mammoth turbulence because of the Emergency and the events thereafter. Redefining freedom and independence became absolutely essential.