A Modern Classic in Translation 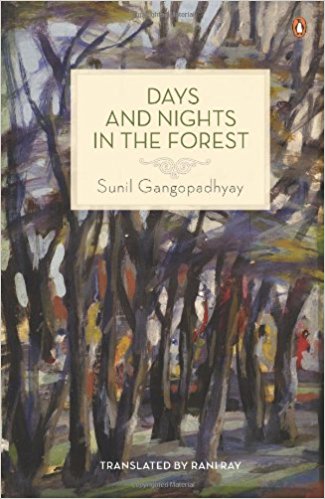 Not the least remarkable feature of this book is the ‘Translator’s Introduction’ by Rani Ray. Outlining the genesis of Sunil Gangopadhyay’s Aranyer Dinratri, first published in Jalsa, a popular film journal based in Calcutta, Ray locates the novel both in its immediate context within the Bengali literary map and within a larger canvas of textual politics of the 1960s the world over. Combining biographical snippets with Gangopadhyay’s conception of fiction as aleek bastabata (failed truth), Aranyer Dinratri, one of the best-known modern classics of Bengali literature is the story of four young urban middle-class men, caught between the escapist romance of the forest and their own psycho-social demons, this novel was also made into an acclaimed film by the auteur, Satyajit Ray, in 1969 and reinterpreted by Goutam Ghosh in Abar Araneye (In the Forest… Again) in 2003. The enduring power and evocative contemporaneity of this narrative is rendered in clear and concise English in this translation.

Ray makes it clear that the questions posed by the novel are as important today as they were almost fifty years ago, and one wishes the introduction was just a bit more expansive on the novel’s literary significance with respect to that capacious body of texts housed under the rubric of ‘Indian’ literature. In an era when curricular concerns drive the publishing and educational market, it seems a pity not to have more pointers for new scholars of Bengali literature in translation in possible courses on ‘World Literature’ in the Anglophone regions of the globe. However, that is a financial quibble about what is a handsomely produced volume, fronted by an equally flamboyant depiction of the ‘Forest’ by cover artist, Sailoz Mukherjea. Both specialized and general readers will find the introduction and its accompanying ‘Translator’s Bibliography’ useful points of entry into Gangopadhyay’s literary landscape.