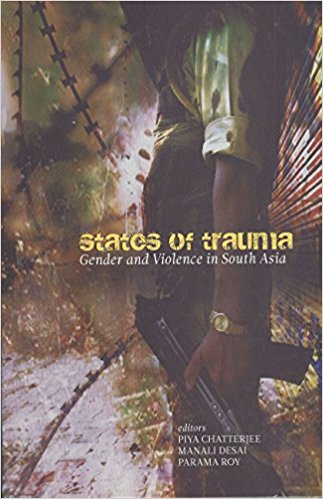 Literature on the relationship between gender and violence has largely focused on theorizing specific acts of violence (rape, dowry, female infanticide, domestic violence among others) or on documenting the experiences of violence against women across the world. The latest publication by the editors Piya Chatterjee (Associate Professor, University of California, Riverside), Manali Desai (Lecturer, London School of Economics) and Parama Roy (Associate Professor, University of California, Davis) adds to this literature in two significant ways: one, it does not limit itself to studying women simply as objects of violence but rather seeks to explore the multivalent relationship between women and gender in a nationalist, patriarchal and insurgent/revolutionary contexts. In doing so, it explores the gendering of violence itself, of how the social, cultural and political context constitutes violence against women. And secondly, the ten essays that constitute the book each bring the study of anthropology and culture into understanding the forms of violence against women.

This is done not by documenting the experiences of women across various armed conflicts in South Asia but instead by an examination of the various aspects of the gendering of violence through specific case studies from the region. Drawing from different social and political milieu’s ranging from the Naxalbari revolution, women Shiv Sainiks, abducted women in Pakistan, and the experiences of the mothers of the disappeared in Sri Lanka, lends credibility and universality to many of the book’s theoretical themes.