In An Antique Land 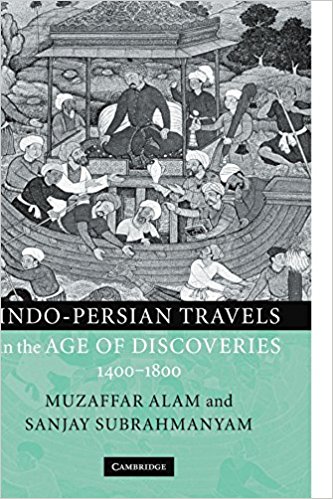 The book is based on detailed and extensive readings of travel accounts in Persian related to India, Iran, and Central Asia that revelled in Indo-Persian culture. Focusing on a specific historical period that extends from the fifteenth to the eighteenth centuries, this work comes across to us as the first comprehensive understanding of Safar nama, a genre of literature, not much studied by scholars. By their exhaustive and in-depth study and analysis of the Safar nama, Alam and Subrahmanyam establish a valuable and sensitive connectivity between the Mughals, the Safavids and Central Asia to explain the transformations and cultural contacts during the said period. More significantly, this corpus highlights the presence and importance of pre-modern literature and conveys emphatically that the Mughal Empire had extra-territorial diplomatic links and not just commercial links. The rendering of the travel accounts is so sublime that it almost appears as if the authors have entered the minds and moral worlds of the Muslim and non-Muslim literati who wrote these narratives.

In telling the travel narratives, the authors have followed the travellers i.e. instead of talking to them, they listen to the text to understand the shifts in tone, rhythm and conception. At times, however, the texts of the travel account appear inconsistent and incoherent. Nonetheless, the authors, aware of this, prefer to move with the texts as they progress rather than recompose them or cut them into pieces simply to suit a theme.