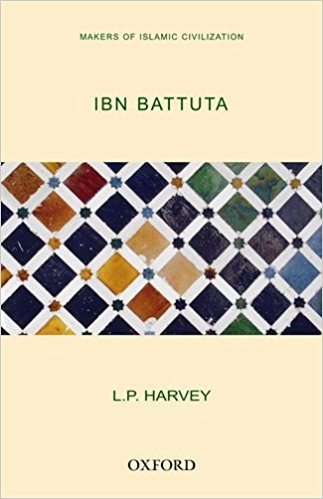 The author has arranged his introductory remarks in three parts. Part One is about Ibn Battuta and his Travels. Harvey provides some details about the wanderlust-bitten Moroccan qazi and places his account in the genre of medieval travel narratives. He reminds us that in the fashion of the day ‘Ibn Battuta did not actually write a book of travels at all … he told his story to a professional writer, and what we have is what that writer, Ibn Juzayy, made of a professional assignment’. Thus, issues such as when precisely the narrative began to take shape orally, to what extent is the book Ibn Battuta’s own, the realization that it was mostly based on memory and the question of the credibility of the account, are raised and handled sensitively. Harvey cautions: ‘we should acknow-ledge our modern prejudice against the cultiva-tion of the memory… [which] earlier periods have not shared…. In that period [the Middle Ages] Islamic educational systems were by no means unique in stressing memory training…’ (p. 6).

Thus it was expected that an educated man should be capable of retaining with accuracy considerable amounts of data. Harvey further urges the reader to approach the text with a constant consciousness that the experi-ences were those of one while the pen is that of another. ‘We may be certain that some passages were the contribution of Ibn Juzayy, because he says so, and we may judge that some passages retain the travellers very own words, but between these two extremes