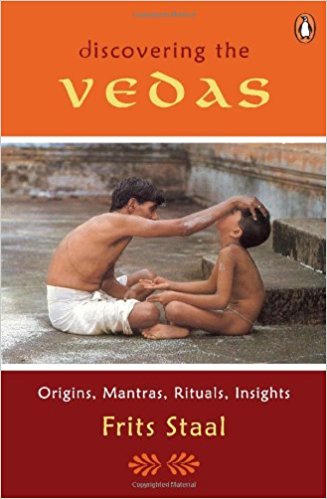 For the last two decades, if not more, the Vedas have been in the news for all the wrong reasons, at the epicenter of discussions and debates that have been contentious, polemical and occasionally violent. In this context, Discovering the Vedas comes as a welcome relief. Its tone is firm but not strident, the content is overwhelmingly rich, the style remarkably lucid. What is more, Staal approaches his subject with obvious empathy. At the outset, Staal lays to rest several popular myths with quiet authority. He states (p. xvi): ‘It nowhere says that the Veda is revealed or ›ruti … Another anachronistic idea is that the Vedas are apauruœeya, ‘of non-human origin’ (italics original). The main text is divided into five parts. Of these, the first focuses on the vexed questions of dating and localizing the Vedic tradition. Staal disposes of the much-maligned Aryan invasion theory with clarity and care, distinguishing between the likelihood of Central Asian origins for Vedic traditions, which he accepts, but refusing to reduce this to the stereotypical image of hordes of pastoralists swarming through the passes of the Northwest and overwhelming indigenous peoples.

Also remarkable is the gentle and systematic unfolding of evidence to substantiate arguments—once we have seen (p. 22) how virtually every single word of a specimen Vedic mantra has parallels in Greek, Latin and English, the idea of an Indo-European language family springs to life as an almost tangible entity. Staal draws with equal ease on archaeological evidence—visuals of Harappan carts with their solid wheels are contrasted effectively with the vivid descriptions of spoked wheels and chariots in the «gveda.