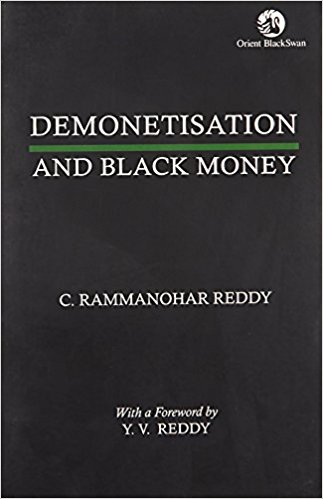 The book under review by C Rammanohar Reddy is a timely addition to the literature on demonetization and indeed a very comprehensive one at that. Directed at the lay reader, it provides a succinct discussion of the context, history, and impact of the November 8, 2016 demonetization announcement by Prime Minister Modi that rendered all currency notes of Rs. 500 and Rs. 1000 illegal for use in transactions. These currency denominations formed about 86% of the total notes in circulation and given that India is predominantly a cash based economy, the economic disruption that ensued was monumental. The primary and very important contribution of the book is the construction of a narrative about the impact of policy shock when there was hardly any real time official data available as the shock rippled across different sectors of the economy.

The book is divided into four sections of roughly 3-4 chapters each. The first section deals with the concepts of black money and black economy and its estimation. It also outlines the Indian and global experiences with demonetization as 2016 was not the first time that such an exercise was carried out in India or in the world. Section II details the action on black money in years prior to 2016 and provides a rich discussion of the context, design, and implementation of the 2016 demonetization exercise. Section III chronicles the substantive human impact of the policy action and provides a brief
discussion on the connection between black money and politics. Section IV details the impact of demonetization on the
banking system and the RBI. It concludes with a discussion on what lies in future after such a major policy shock for the Indian economy.