Understanding Deprivation To Eliminate It 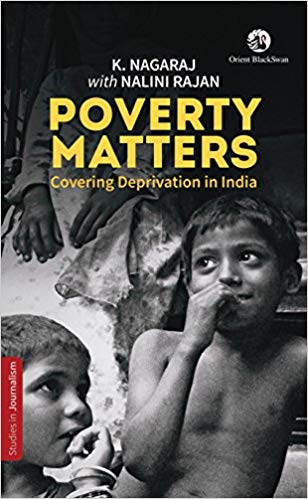 K Nagaraj, a pioneer in studying farmers’ suicide in India, is now demanding our attention with his new book on identifying the parameters of deprivation for making it a thing of the past. Written with Nalini Rajan, the book is primarily targeted at journalists, in the hope that they eventually speak truth to power. The book has four sections, with the first section setting the agenda for journalists in India: ‘The democratic agenda of the journalist is simply being pro-poor. The poor, after all, constitute the majority in this country’ (p. 6). The authors, however, citing several examples in chapters 1 and 2 show that this is not the case with the Indian media presently. Rather, correspondents, often unknowingly, sensationalize certain public health issues at the behest of entrenched vested interests and at worst ‘lavish consumption by a minority is [deliberately] passed off as a phenomenon found among Indians in general …’ (p. 9). This trend, the book alerts us, would mean that ‘over time, the problem of deprivation is likely to go off the public radar’ (p. 11). The core of the book is to resist such tendencies. Section 1 ends with a discussion on different data sets related to the subject, along with defining deprivation from basic minimum subsistence in chapter 3 (ideally should have gone to the next section). Section 2 and 3 carry the central message of the book. While section 2 primarily concentrates on biological subsistence—measuring absolute poverty—employing the income criterion, section 3 broadens the definition of deprivation along the lines of ‘capability approach’ championed by Amartya Sen.

One of the remarkable features of the book is its systematic account of (income) poverty measurement from the first principles and mostly being self-contained. Essentially, biological subsistence is defined in terms of nutritional requirement, which is tied purely to calorific norms. In India, anyone consuming 2400 kilocalories/day in rural areas and 2100 kilocalories/day in urban areas is not considered poor. For 1973-74, poverty line was calculated by considering actual consumption data of households in each expenditure class and then identifying the consumption/commodity basket that met the required calorie norms; cost of this commodity basket was defined as the poverty line and anyone spending less was counted as poor. This is the direct method of poverty estimation. Chapter 4 cogently discusses these issues.