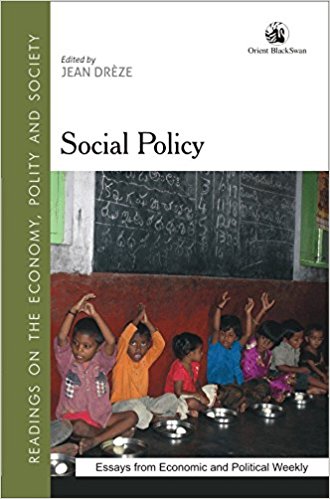 The contribution of Indian pharmaceutical companies in making lifesaving medicines accessible  to millions of patients across the world, particularly reaching out to countries which had severe crisis of financing medicines for  diseases like HIV&AIDS, malaria, have given the industry a special place—it is called the pharmacy of the world. The fact that India is the third largest producer of medicines in terms of the volume and 14th in terms of value not only depicts the size of the pharmaceutical industry in India, it is also reflective of the relative advantages in terms of prices. India’s pharmaceutical exports are not only eleventh in the globe, our export prices are among the cheapest.

The policy environment that led to the enormous success of the pharmaceutical industry in India and gave it solid grounding to compete with global leaders, has been altered through a series of ‘reforms’ in the last three decades. These reforms, ranging from manufacturing practices, trade, intellectual property rights and regulation of prices, have led to structural transformation in the pharmaceutical industry with far-reaching consequences on access to medicines.

Reji Joseph’s effort to systematically document these policy reforms, analyse their implications with data and present complex arguments with rather simple language is unquestionably commendable. The five core chapters of the book deal with various aspects of pharmaceutical policy, trade in pharmaceuticals, research and development and above all the issue of price regulation.

In the first chapter, while creating an overview of the pharmaceutical industry in India, Joseph highlights how an industry essentially dominated by foreign multinationals is gradually transformed into a vibrant global hub of pharmaceutical production. It is interesting to note that the larger national goal of self-reliance is realized through carefully crafted evidence based policies which addressed systemic deficiencies on one hand and create incentives for domestic manufacturers to expand their production capacity in strategic sectors like bulk drug production. The success of the ‘penicillin project’ in the late 1950s where with the help of WHO, penicillin was domestically produced, bypassing the MNCs. This worked as a major boost to domestic industry which was  producing so far low quality pharma products.

Another crucial landmark is the Patent Act of 1970, which allowed Indian pharmaceutical companies to manufacture patented medicines using alternative processes. The 1970 Patent Act helped faster introduction of new medicines in the Indian market and at the same time helped drugs to be priced at a lower level. The Act in combination with considerable public investments in Research and Development; emphasis on production of bulk drugs, which are essential elements of drug production, and a series of protective measures including the MRTP Act of 1969, helped the indigenous pharmaceutical industry to flourish considerably, become competent, self-reliant and self-sufficient and were known globally for their competency. By late 1980s domestic pharma companies produced more than half of pharma demand and more than four-fifth of bulk drugs.

India being a signatory to the TRIPS Agreement, the Patent Act of 1970 had to be replaced and product patent was reintroduced in 2005—the issue has been discussed in the book. Though introduction of product patent remains a major cause of concern with long terms implications on prices, some of the key flexibilities were incorporated into the Indian Patent Act 2005. These include the possibility of the pre-grant and post-grant opposition, the possibility of compulsory licensing and data exclusivity. Joseph brings to our attention the fact that both US and EU are putting pressure on India to deregulate these safeguards and sign Free Trade Agreements which are designed in a way to extend the scope of product patent by allowing various forms of ever-greening of patents and relaxing various data exclusivity clauses, which could be potentially dangerous for the industry as well as people’s access to medicines.

Reforms in the pharmaceutical sector were expedited through modification of the Drug Policy of 1986. Among the key reforms, licensing requirements were almost completely abolished for all bulk drugs and their intermediaries, requirements for production of bulk drugs and restrictions in using imported bulk drugs were liberalized, foreign investments up to 51% was permitted through direct approval route, along with considerable changes in the drug price control system. According to Joseph, these reforms have positive effects on growth in production, sales and exports. The fact that there are a large number of firms exporting medicines with approval from USFDA corroborates what he says. However, his analysis also points out that market concentration has grown over the reform years, with top ten firms having more than a third of the overall market. Though there are a large number of firms engaged in pharmaceutical markets, which gives us the impression that it is a competitive market, it has to be noted that pharmaceuticals is not a single market, as every single therapeutic category represents a distinct sub-market. In some of the submarkets top ten firms control more than 90% of sales, representing a very high degree of concentration.

Increasing presence of market concentration and considerable market failures due to information asymmetry exposes the pharmaceutical sector to mark-up prices and demand inducement and in this process creates barriers to access to life saving commodities. Price control mechanisms have played a crucial role in improving access to medicine and also in providing strategic direction to foster growth of the pharmaceutical industry. Joseph discusses the reforms in price control mechanism quite extensively in ‘An Overview of Indian Pharmaceutical Industry and Health’ as well as in ‘IPRs and Access to Medicines’ . The initial phases on price control, through various Drug Price Control Orders (DPCOs), focused on fixing prices based on ex-factory costs of essential medicines and allowed a certain percentage of markup over it. In the 1970s and 1980s the approach gradually expanded to bring in pre-tax profits into consideration, evolve differential strategies based on degree of essentiality of the medicines, rationalization and quality control.  By the late 1980s as many as 342 drugs with 90 percent of market share was under price control.

The subsequent decades saw series of liberalizing measures which gradually reduced government control over prices. Currently only 17 percent of the market remains under price control. The key feature of the reforms in DPCOs of 1995 was to introduce the criteria of market competition and annual turnover in identifying drugs for price control, clearly ignoring the aspect of public health requirements. Through the new criteria 74 bulk drugs and their formulations were brought under control. Joseph reviews studies to draw home the point that liberalization of prices lead to sharper increases in drug prices, compared to the general price index. Prices of decontrolled medicines, including the ones which were essential in nature, have increased sharply, with possible negative implications on access.

The issue of essentiality of medicines was brought back under the National Pharmaceutical Pricing Policy of 2012 (NPPP2012) and incorporated DPCO 2013 as all drugs under National List of Essential Medicines were brought under price control. Though this seems to be a major step in the right direction, the NPPP 2012 changed the entire formula of price control from a cost based formula to a market based one, where ceiling prices are determined on the basis of the average price of all brands of medicines, each having a market share of at least 1 percent, thus limiting the overall efficacy of price control. Joseph argues with his analysis of 10 drugs that market based pricing has brought down the prices of medicines considerably and benefitted patients in the short run. The provision of annual revisions in prices as per the wholesale price index (WPI), however, limits the possibility of long run containment on prices. The new DPCO is also argued to be against firms which are more efficient in terms of lower cost of production as ceiling prices gravitate towards weighted average prices. A comparison of medicine prices under the current system of market based pricing with cost based pricing shows that cost based pricing could effectively bring down prices by 2 to 4 times for select sets of medicines (Shrinivasan 2018). This challenges Joseph’s proposition that market based pricing formula has been effective in bringing prices down and clearly indicates that cost based pricing can be much more effective in controlling medicine prices.

The peculiar nature of the pharmaceutical market is that market leaders are also price leaders. To make the price control system more effective and limit the market power of leaders, Joseph argues for mandatory prescription of generic names by doctors. The current practice in India is that doctors write the brand names of generic medicines and this helps larger companies to ensure greater share in market despite having higher prices of their products. Another measure which has greater potential in overcoming price differentiation could be to stop selling generic medicines with their brand names altogether (Shrinivasan 2018 op cit.). This practice is already in place in other countries like Australia and is seen as an effective measure.

Though the Indian pharmaceutical sector has played a crucial role in improving access to medicines in different parts of the world, in our own country medicines remain a cause of misery for many. Every year around 34 million people are pushed to poverty because they need to purchase medicines from their pocket (Mukhopadhyay 2017). A third of the population do not have access to life saving medicines. An effective way of improving access to medicines could be free distribution of all medicines under EML through public hospitals. This has been successfully demonstrated in Tamil Nadu for the last two decades and in recent times in Rajasthan. An alternative procurement and distribution system does not only improve access, it can also be one of the most effective measures in controlling market prices of medicine. Joseph’s analysis could have been much more comprehensive if his in-depth review of pharmaceutical policies were complemented with some detailed analysis of the barriers to access medicines and discussion on possible government engagement in improving access—unfortunately this aspect remains rather scanty in this book.

Valley of Genius: The Uncensored History of Silicon Valley (As told by the Hackers, Founders, and Freaks who Made it Boom) by Adam Fisher reveals the secrets of Silicon Valley–from the origins of Apple and Atari to the present day clashes of Google and Facebook, and all the start-ups and disruptions that happened along the way.