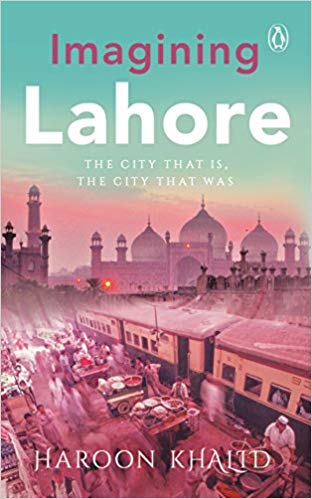 From a distance discontinuities rule North Indian history: Hindu Kingdoms and rulers are replaced by Islamic Turko Afghan Sultans, who in turn give way to the Mughals from Central Asia to be replaced by the Marathas, Sikhs and finally the British. A colonial Raj finally made way for India and Pakistan. These periods appear as distinct and self-contained substratum of the history of the past millennium. For the more perceptive scholar and observer who applies a magnifying glass to this cross section of history, it is the continuities rather than sharp breaks in history that also stand out. Haroon Khalid employs precisely such a magnifying glass to Lahore and gives us a readable and most interesting syncretic history of a city he obviously identifies with and cherishes deeply. This is a book about lesser known sites—temples, havelis, mosques and gardens and also people who populated Lahore through the Mughal, Sikh and British periods of its history. Below all this is the substratum of older Hindu Kingdoms and rulers. What makes the narrative interesting and readable is the mixing of past and present through history, mythology, anecdotes, all combined with personal observation of the state of things today. So Lahore’s medieval and ancient history jostle with modern Pakistan politics with the city providing the backdrop.

For many, Lahore alone amongst the subcontinent’s great cities has that enigmatic quality to it that attracts historians, novelists and poets. At the trisection of Mughal, Sikh and colonial history, the first half of 20th century encapsulates the respective Indian and Pakistani experiences in many different ways. This was the city of the National Movement, Bhagat Singh, Lala Lajpat Rai and of the Poorna Swaraj resolution of the Congress in 1929. But equally it was also the crucible of social fragmentation and division, as exclusivist movements both among the Hindus and Muslims from the late 19th century made Lahore a centre of communalism and separatism. The writings of Kushwant Singh, KK Aziz and a host of others give to it in the 1930s and the 1940s much of the quality which Christopher Isherwood, Stephen Spender and others endowed inter war Berlin with. Art, poetry, music and literature flourished amidst great friendships cutting across religious divides. Beneath however was a more fundamental churning that escaped them all and in 1947 Lahore saw an ethnic cleansing more thorough and comprehensive than any other comparable place in the subcontinent.

Imagining Lahore is a description and detailing of the city’s many historical layers—Hindu, Afghan, Mughal, Sikh, British and finally Pakistani. Haroon Khalid writes with an eye for detail, a keen sense of historical perspective and with real feeling. In his narrative we get a glimpse of the multiplicity of cultures that formed the different strata of the city’s social universe—from Jain and Hindu temples to the persecuted Ahmadiyyas of the present. Sikh religious shrines, the great samadhi of Maharaja Ranjit Singh, the havelis of prominent generals jostle in his narrative with the imprint that successive Pakistani rulers from Ayub Khan, ZA Bhutto, General Zia ul Haq to Nawaz Sharif have left on the city. Rich in history and anecdote, the book will be invaluable for present day residents, the curious tourist or the steeped in nostalgia enthusiast whose parents or grandparents once lived there.