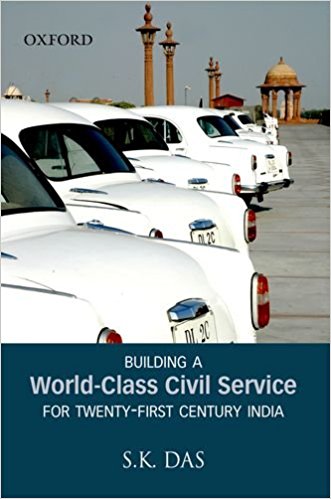 Each dawn, in recent times, has found the nation bemoaning a fresh scam perpetrated by those who had been charged with the responsibility of providing good governance and unlocking the gates of El Dorado, outside which stood the mass of the Indian people all eager to pursue the emerging Indian dream. Whereas, corruption always present in one form or the other has become a cause for great alarm, it is still not centrestage for many whose main concern has been and remains the absolute lack of delivery systems be it in health services, education or supply of essential commodities.Whereas the Constitution has provided for a host of institutions, none is looked upon by the people with such eagerness to perform as the Executive which is a combination of political authority and the permanent bureaucracy. Over the former the people have some measure of control, but over the latter to their chagrin they have no such luck. This was left to the political authority. And what happens if an unholy nexus develops between the two?

The jury is still out on whetherpoliticians have had a deleterious effect on the Steel Frame or that they have been taught the ropes by their more wily subordinates. The Times of India of January 13, 2011 gives some highlights of the first ever Civil Services Survey 2010 conducted by the Centre for Good Governance, Hyderabad, in collaboration with AC Nielsen ORGMARG at the behest of the Union Ministry of Personnel and Training. An overwhelming majority of respondents belonging to various All India and Central Civil Services stated that political corruption happens because there are civil servants willing to toe the line, for personal advancement and plum postings. It goes on to report that corruption is not confined to monetary gain, but involves discrimination based on caste, religion and region.