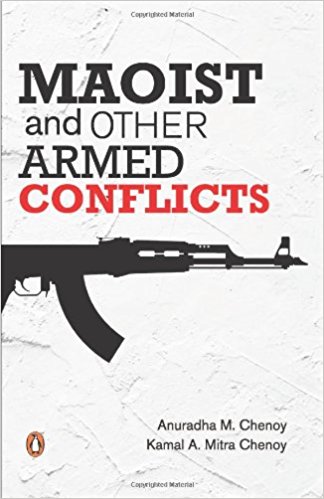 This is a high impact low fuss book. Within its covers the authors provide a remarkably comprehensive and lucidly written survey of the three geographical zones where armed conflicts are currently taking place within IndiaJ&K, the Northeast trouble spots of Nagaland, Manipur, Assam, Bodoland, and the Maoist resistance in the central forested regions of the countryone sixth of the countrys area in all. By the objective standards established by the Geneva Conventions these are all armed conflicts but are never described as such by the Indian government. The preferred labels are insurgency, militancy, terrorism, etc., because otherwise New Delhi could be held much more strongly to account for its behavioural disregard for the norms and rules of warfare as laid down in these Conventions. That would not do any good to the image that elite India and the state that succours this elite would like to present to the worldof an India that is not only rising but which proudly declares itself as the largest and enduringly vibrant of democracies!

This volume provides a more sobering picture of Indian reality. In nine carefully wrought chapters the authors take up and critique various theoretical models claiming to generally explain such armed conflicts; explore the political economies of the three conflict zones pointing out similarities and dissimilarities (there is also an historical overview of the Khalistan movement); highlight the gender dimensions and implications of such conflicts; locates their root causes while also describing the history, organizational makeup and programmatic perspectives of the various armed groups confronting the Indian state. Finally, the iniquities and brutalities of the Indian state itself are faithfully recorded and succinctly analysed. This is rich fare made highly accessible to both the serious scholar and the interested lay reader.