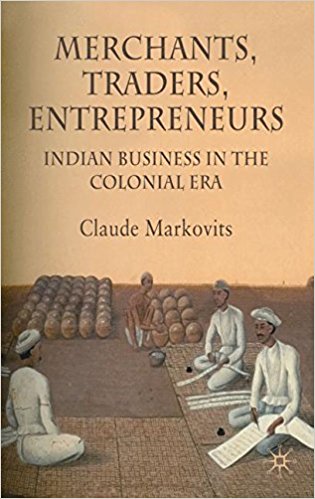 This book comprising many individual papers written by Markovits over two decades between 1981 and 2003 is very ambitious in scope and covers many aspects of business activity during the colonial era, especially during the first half of the twentieth century. Markovits begins (and ends) this book by pointing out that the world of the merchant and mercantile activities is a neglected field in South Asian history. He comments that the importance of the merchant community not merely in the economic sphere, but also in the political, social and even cultural life of India has largely gone under-recognized, adding that this book aims at bridging this gap. Of the three sections in the book, the first is the most tightly knit and is devoted to the business community during the nationalist movement of the early decades of the last century. This captures the ambivalent and equivocal relationship which existed during the nationalist movement between the Congress party and the nationalists on one hand and the business leaders of India on the other.

Sixty years after Independence, there is a tendency to assume that all sections of society in India including the business communities were solidly behind the nationalists in their struggle against British rule. This is particularly reinforced by the well-known and widely acknowledged relationship between Gandhi and G.D. Birla and Jamnalal Bajaj. But the reality was far more complex than is indicated by this predictable failure of long-term historical memory. In fact, even in the 1930s, such misconceptions existed, partly due to the fact that the Congress Party perpetuated the myth of a unified and united Indian society which was solidly committed to the nationalist movement. Markovits points out that in the initial years after the founding of the Congress party, there was little interest on the part of the leaders of the movement in wooing the business community to support its agenda, or even in developing an economic policy for its platform.