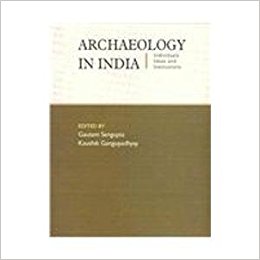 Since the inception of the discipline, there has been a close link between archaeology and the state. This was the case since the early decades of the nineteenth century when archaeology was both an imperial project and a military endeavour, often an offshoot of colonial policies and which included their relationships with the colonized subjects. There are several reasons why archaeology remains a state matter: it is a collective activity, it needs funding and it is dependent on regulation by the authorities. In fact all archaeological activity in India is regulated by The Ancient Monuments and Archaeological Sites and Remains Act, 1958 along with The Ancient Monuments and Archaeological Sites and Remains Rules, 1959, and which is being currently amended by The Ancient Monuments and Archaeological Sites and Remains (Amendment and Validation) Act, 2010. Whether it is the issue of granting permission for conducting field surveys or excavations, or deciding which monuments and archaeological sites are of national importance and require protection, there is an unequivocal involvement of the state.Clearly this has wide ranging implications for the discipline. Given this context, it is not surprising that archaeology in India is largely perceived as an organized initiative of the Archaeological Survey of India. So much so, that most histories of archaeology too confine themselves to the Archaeological Survey of India and or its director-generals Alexander Cunningham, John Marshall or Mortimer Wheeler. It is therefore refreshing to find that an attempt is being made in this volume to put forward a different, if not alternative, view of History of Archaeology in India by identifying initiatives of individuals and institutions, largely outside official scheme of things (p. xiii).