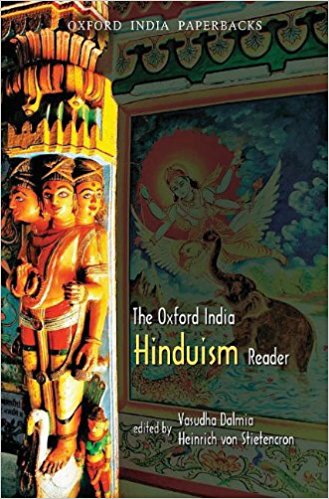 Though now appearing somewhat dated, this is indeed an useful collection of essays that seeks to historicize the dynamic and complex changes occurring among the ‘Hindus’ and to ‘Hinduism’. Barring one, the essays put together for this volume are reprinted from two older anthologies, viz. Representing Hinduism (1995) and Charisma and Canon (2001). In their time, these were considered to be important interventions in the relevant field and much discussed and debated. The first of these works, as I recall, was able to capture scholarly attention for the way it critiqued certain readings or renderings of the terms Hindu and Hinduism, more specifically, of the colonial-modernist and the Hindu-nationalist varieties. Now that this particular work is out of print, reprinting ten of its seminal essays for the present volume may prove to be both timely and helpful. To these ten essays have been added another three from the 2001 anthology and a hitherto unpublished piece on gender dimensions within the discourse of the Hindu-Right.

Other than the engaging introduction by Vasudha Dalmia, this book comprises fourteen essays, all arranged under four broad sections. Each of the first three sections called respectively, ‘Historical Perspectives’, ‘The Changing Forms of Religious Authority’, ‘Law, History and the Nationalization of Hinduism’ have three essays while the fourth, ‘The Category of the Hindu in Political Discourse’, and relatively the largest, has five.