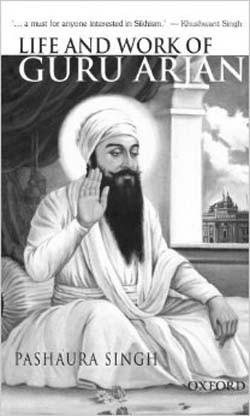 An endeavour to reconstruct a religious biography can be formidable. In fact, such a venture which resurrects the lives of those who exemplify the religious spirit of an age can evoke the tendency to fabricate traits, in order to eulogize their portrayals as ideals and icons, so such a biography may morph towards being a hagiography. For Pashaura Singh, himself a Sikh, such a biography would be all the more daunting as he reconstructs the life of an individual who is a revered icon, i.e. the fifth Guru of the Sikh religion. Such a portrayal where fact, historiography and objectivity are juxtaposed in the analysis, and the information culled is interpreted can be a tight-rope walk. Singh deals with the task of rendering religious history as hagiography by deftly intertwining the analysis of historical docu-ments available within mythic traditions (often oral renditions), so as to reconstruct the biography of the fifth Guru within the specific parameters of history, memory and biography of the Sikh tradition.

A civilization, a culture, a religion evinces its maturity when it shuns the garb of mythology and portrays its icons into historic personages, in this case paper versions are buttressed by chronological realism.