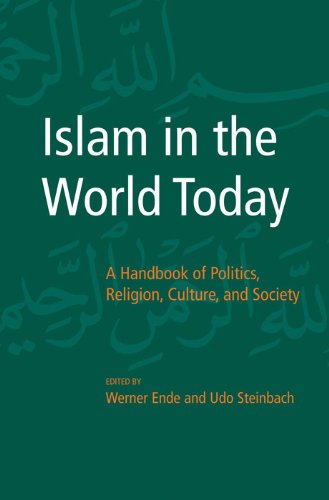 Islam is the predominant religion of contemporary Africa and Asia and has a large following in Australasia, Europe and North America. According to reliable demo-graphic sources in as many as fifty-one nation-states scattered over the continents of Asia, Africa and Europe followers of Islam are in a majority—in as many as forty of them the Muslim population being above 80%. In many other countries of these continents Muslims constitute from a quarter to one-half of the population. And, then, there are several Muslim-minority states in Asia and Africa where the headcount of Muslims is much higher than in any of the Muslim-dominated countries—India with its 160 million Muslims being on top of such nations. In the West, while Europe is home to nearly 45 million followers of Islam, there are another about ten million in the United States. A cautious estimate puts the total Muslim population in the present-day world at 1.7 billion. According to some unofficial estimates the aggregate of Muslim population in Muslim-minority countries on the globe exceeds the total number of Muslims in all the Muslim countries taken together. In the present-day world thus Islam remains a force to reckon with and Muslim presence on the globe is indeed enormous.