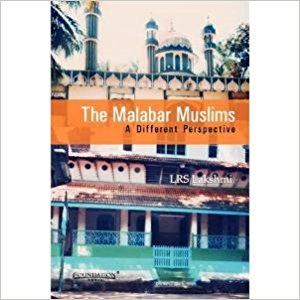 Mappila Muslims constitute more than ninety percent of the Muslim population in Kerala. The majority of these Muslims live in the northern part of Kerala, called Malabar region. Historians and sociologists like Roland E. Miller, Stephen F. Dale, K.N. Panikkar, Hussain Randathani and many others have written about the socio-political and cultural world of Malabar Muslims from various perspectives. L.R.S. Lakshmi examines the social, poli-tical, educational and cultural life of Malabar Muslims under the colonial administration from 1870. At first glance, there is no detail left unexamined. The seventh and last chapter discusses the educational progress, women’s empowerment, religious development and the political life of Mappila Muslims in the twenty-first century. By discussing a wide range of issues on the Mappila community, she has made a sincere effort to satisfy both sociologists and historians alike. Lakshmi argues that Arab trading and the intermarriage between Arabs and the local women, economically motivated religious con-versions by ‘low castes’; this and the egalitarian nature of Islam are cited as the main reasons behind the Islamization of the Malabar region.