Gender Dimension in the Security Discourse 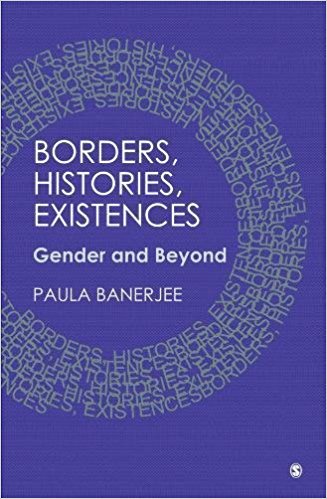 stood. In Borders, Histories, Existences: Gender and Beyond, Paula Banerjee, head of the Department of South and South East Asian Studies, University of Calcutta, not only trains the light on territory less travelled, she does it through a multi-layered approach that encapsulates geography, history, politics and gender. The countries of South Asia continue to bear the footprint of the departing colonial state, not just in their constitutions and political institutions, but in the sometimes extremely arbitrarily drawn borders that define them today. Banerjee carefully reconstructs the history of borders in South Asia and how they came to be an ‘essential characteristic for modern state formation’. By and large, border making under the British Raj followed the three stages that S.B. Jones had observed: establishment, demarcation and control of borders.

However, these by no means constituted a seamless and peaceful continuum. Conflict and repression marked the process and something as foundational as demarcation proved to be full of unfortunate accidents and historical ironies. The tragic repercussions of Sir Cyril Radcliffe’s exercise in delineating the borders of India and Pakistan—in regions he never actually visited—are with us to this day. Apart from drawing maps, there was the parallel tightening of the security regime.

In the first chapter of the book, entitled ‘Aliens in the Colonial World’, Banerjee provides a succinct account of how the concept of ‘aliens’ emerged in the South Asian context. India was the site of various population flows—and the African presence in the Deccan from the 6th century ad onwards is just one example. It was the British who introduced the idea of the ‘alien’ in their attempts to control population movements and thereby those they regarded as hostile to their interests. Banerjee quotes the noted historian Chris Bayly’s observation that ‘nomads and wanderers were seen as disorderly elements’ under the first Foreigners Act of 1864. As the years passed, the controls only increased. The Government of India Act of 1919 provided the central government with the authority to decide the rules deciding entry and 20 years later the Registration of Foreigners Act came into being, even as the world was on the threshold of World War II, which created a community of people referred to as ‘refugees’ for the first time in the legislative debates of the country. A year later, in 1940, amidst the tumult of the war, the Defence of India Act and Rules ensured the state’s full control over the movements of foreigners.

Independent India did not substantially dismantle this security regime and, over time, has actually built on it. As Banerjee points out, while the new state may have ‘claimed its superiority from the imperial state through its ethics of care (Burmese and Afghan refugees) … the government never gave up its power to control the fate of refugees.’The modern Indian state, in other words, inherited its present discourse on borders from the imperial powers, a discourse embedded in the presumption that it is only when borders are static and rigid can a state hope to control them and that national identity requires the ‘construction of territories of inclusion and exclusion’. But such a thesis militates against the lived realities of border regions.

Their ‘polysemic nature’, as Banerjee describes it, makes the border a repository of different meanings for different individuals and communities. This is why she finds the term ‘borderlands’—a concept first thrown up in Africa—rather than borders, a more apt way to define these peripheral regions. This is also why she sees gender as pivotal to understanding the nature of these borderlands composed of bodies, especially women’s bodies. She also poses some pertinent questions: What are the political conditions that have made borders problematic in postcolonial South Asia? How do these borders become regions of extreme control/violence? How does control/violence, in turn, affect the lives of the people, many if not most of whom are women?

Today the South Asian region is fraught with border conflicts precisely because of fixed, statist attitudes towards borders. There is that vexatious border tussle with China that has given rise to intermittent periods of hostility, even war. China to this day refuses to recognize the McMahon Line. Partition, meant as a solution to an intractable political deadlock, has been the cause of innumerable skirmishes and at least four major wars between India and Pakistan, and went to create the conditions for a long-raging secessionist battle in Kashmir.

As Banerjee wryly comments, ‘It is time that the two countries realized that lines are political constructs which have to be stablized through a political process.’Banerjee expands on her central thesis that women geographically located in the borders define those very borders as well as themselves in the longest chapter of the book, entitled ‘Circles Of Insecurity: The Border People’. Here she looks at the Northeast, which—as scholars have pointed out—is on one of the world’s great migration routes. Migrant flows caused conflict and the Assam Movement of the seventies and eighties, which had demanded the ‘detection, deletion and deportation of foreigners’, was one of them. It led in turn to the securitization of migration. The area was also marked by the emergence of radical nationalisms and ethnic assertions, to which the Indian state responded by unleashing force. Platoons of security men and a plethora of repressive laws only added to the cycle of violence.

Banerjee then examines the impact of these developments on an already marginalized people living uncertainly on the peripheries, especially women. She posits that women especially ended up being controlled/victimized, not merely by power structures from outside, but also by power structures/systems that inhabit their own communities. Living in situations of great instability, marked as aliens, they—and of course their children—were subject to rape, sexual exploitation and trafficking by security forces, criminal gangs and local power-wielders alike. The spread of a mobile disease like HIV/AIDS, enhanced by such situations of insecurity, only contributed to the greater stigmatization of, and discrimination against, border communities, with the border itself emerging as a place of real dispossession, poverty, illiteracy and enormous violence. The book is not without its flaws. There is sometimes an overlapping of the terrain under study in some of the later chapters.

The socio-anthropology of the border could have figured more prominently in the work—for instance, the insights of an anthropologist like James C. Scott would have given it an added dimension. I would also have personally liked to know more about the impact of border laws on women. While Banerjee has a chapter on the subject that starts off by recalling the rape, torture and murder of Thangjam Manorama by members of the Assam Rifles, it does not really examine the gender implications of a law like the Armed Forces Special Powers Act (AFSPA). Finally, while the peace work of Naga women has found a mention in the book, Irom Sharmila’s unique ten-year protest against the AFSPA goes unrecorded.

These observations however should not in any way undermine the importance of a work, the value of which lies precisely in its scholarly but impassioned argument for women’s experiences infusing and influencing national security discourse. The book is indeed the ‘necessary corrective’ that Banerjee says she wants it to be and contributes to the nascent discipline of border studies by bringing in the hitherto underemphasized dimension of gender.