At the Intersection of a Myriad Societal Axes 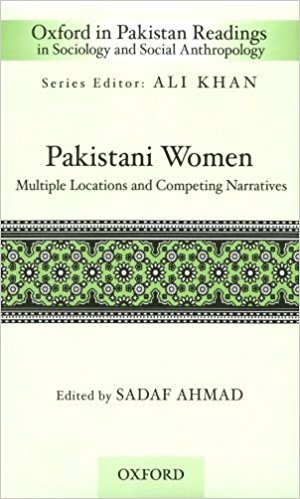 This anthology on myriad engagements of social science literature with Pakistani women’s lived experiences comes with two important caveats. In the first chapter, Sadaf Ahmad, its editor, bemoans the lack of a corpus of knowledge on Pakistani women which is nuanced and contextualized, and does not mirror the popular representation of Third World women as homogenized, uni-dimensional subjects encumbered by religion, tradition and patriarchy. She emphasizes that women operate at the intersection of many societal axes, and their identity is situation and time-dependent. She, therefore, calls for further research which takes into account the diversity that constitutes that amorphous entity which is ‘Pakistani women’. In a seeming contrast, the last chapter of the book by Shahla Haeri warns against what she calls a ‘Fascination with Difference’ in the contemporary feminist literature. She urges that the idea of difference be problematized, and its opposite—similarity—probed through the project of shared ethnography in which lives of similarly placed women are chronicled. In this essay,

she is particularly concerned about the ‘veiling’ by western feminists of those educated professional women in Islamic societies, who are directly confronting, contending and engaging with modernity, by asking for and acquiring equality in public spaces.