From the Centre to the Periphery A Shifting Focus of Islamization 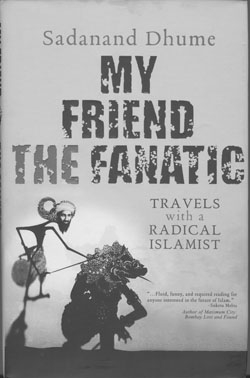 From the Centre to the Periphery A Shifting Focus of Islamization
Arshad Alam
MY FRIEND THE FANATIC TRAVELS WITH A RADICAL ISLAMIST by Sadanand Dhume Tranquebar, New Delhi, 2009, 2010, 271 pp., 395
February 2010, volume 36, No 2

Despite the fact that an overwhelming majority of Muslims live outside the Middle East, the words Arab and Muslim are used synonymously and the Arab world continues to remain the ‘center’ of the Muslim world. It takes bomb blasts for the world to sit up and notice that something is happening in the ‘Islamic periphery’ as well. This alone makes Dhume’s book important and timely as it shifts the attention from the centre to the periphery. Indonesia has the largest concentration of Muslims anywhere in the world. Until the Bali bombings of 2002, Indonesian Islam was considered inherently moderate. In trying to understand what went wrong with Indonesian Islam, Dhume’s window to Indonesia is Herry Nurdi, an Islamist himself who is perhaps emblematic of the religious transformation taking place in the country. With Herry, Dhume traverses the archipelago to show us that beyond the confines of liberal Jakarta, there is a growing segregation between men and women and increasing public presence of the jilbab (veil).

Dhume takes us through various madrassas, big and small, to show us the world inside: of rote learning, unimaginative curriculum and an education unrelated to the modern demands of a globalizing world. We also come to know of various movements seeking to make Islam central to the everyday concerns of average Indonesians, their ideological linkages with what is broadly known as Salafism and hear from Abu Bakar Bahsir, the alleged ideologue of the radical movement Jemaah Islamiyah and the accused mastermind of Bali bombings.