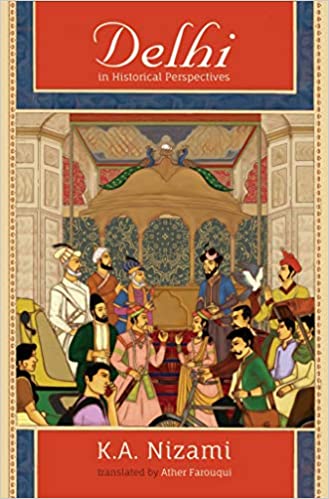 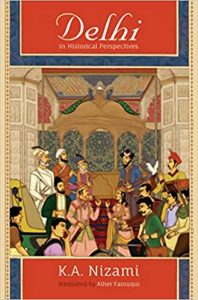 The Urdu Department of Delhi University has a photo gallery on its website. In a 1966 photograph of the Department, taken during the inaugural Nizam lecture, Princess Esin and Prince Muffakham Jah of Hyderabad are seated. Between the newly married couple are Dr Zakir Hussain, then Vice President of India, C D Deshmukh, Vice Chancellor of Delhi University and Khwaja Ghulam Saidayin, the inaugural speaker of the inaugural Nizam lecture. Six years later, and three months after the 26th Amendment abolished the privy purse—perhaps inconsequential for the Hyderabad royalty—Khaliq Ahmad Nizami of Aligarh Muslim University delivered the Nizam lecture on two periods of Delhi’s history in March 1972. Beginning in 1947 at Aligarh Muslim University, KA Nizami at this time was the head of a very distinguished department of history. He was also tipped to be the next Vice Chancellor, but would instead be sent to Syria as Ambassador, for what it seems was a slight to the all-powerful Mohammad Yunus.

Like many historians of the time, Nizami knew more than one language—English, Arabic, Persian, and Urdu—which came in handy in his work principally focussed on the medieval period of the Sultanat-Mughal age. His work on the Chishtia order, Tarikh-i Mashaikh-i Chist, and on Shah Waliullah, Shah Waliullah Dehlavi ke Siyasi Maktubat, are unsurpassable works of scholarship. Also like many others working in this domain quite a few of his works were published in Urdu.

A Global Humanitarian Crisis Through the Eyes of a Child
September 16, 2020