From a Cultural Standpoint 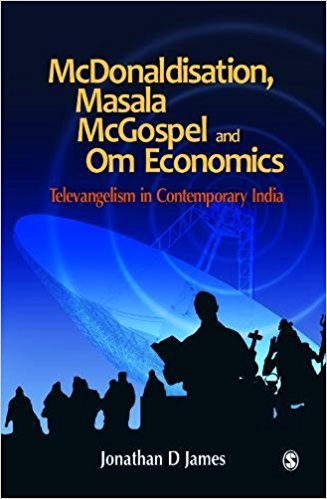 Globalization and its effects are current pervasive themes. In many ways India is very much in the grip of the globalization trend which has undoubtedly impacted certain segments of the political, cultural, economic, and religious life of India. The linking of global nuances with the local flavour can be seen particularly with the ascendancy of the media since the arrival of satellite and cable television in the 1990;s. In this milieu, the globalization of religion and religiosity provided the opportunity for the rise and expansion of televangelism, defined by materialism, consumerism and market culture chiefly borrowed from the West. Imitating the global Charismatic evangelism primarily derived from USA, Christian and Hindu Charismatic televangelism centered in India are both searching for new modes of expression of mediatization and commodi-fication of religion. This study explores globalization from a cultural and religious standpoint, using ethnographic research chiefly through qualitative methods of participant observation, interviews and case study and quantitative methods of survey and content analysis.

This approach is aided by an historical and sociological examination of Indian Christianity.Much of the book comprises an attempt to explain how and why the hybrid phenomenon of Charismatic televangelism; impacted the Protestant and Hindu community in contemporary urban India taking Mumbai and Hyderabad, affected by global and transnational Christianity, as case studies. Divided into nine chapters, with an introduction, the book analyses the phenomenon of neo-Christianity and neo-Hinduism driven by Charismatic cable and satellite broadcasting on both foreign and local channels.