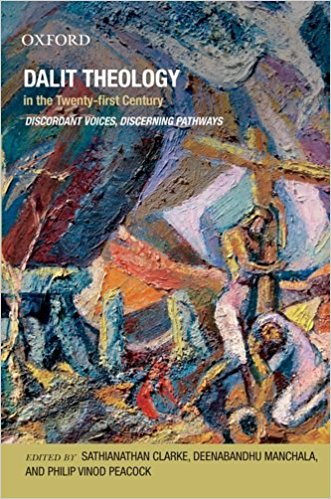 Theology as a systematic study of religion is an old enterprise. It originated in the West to study the Bible in a rational and methodical way of interpreting the sacred text(s). Universities were set up solely for this purpose and it was referred to as the queen of sciences. However, Immanuel Kant, with his sceptical argument with regard to the existence of God delivered a death blow to this branch calling itself rational theology. The enlightenment movement and its emphasis on reason managed to delegitimize this kind of discipline in the academic world. Philosophy was supposed to be subservient to theology but became independent and in fact flourished and overtook theology. After this attack, theology as a discipline survived only in religious institutions like seminaries, monas-teries etc. Theology was never solely concerned with the spiritual, as it was simultaneously deeply political.

Liberation Theology, a movement which was started by a Peruvian priest named Gustavo Gutierrez brings out the political dimension of theology in 1972. The basic argument of this theology is that man is responsible for himself; he must play and act in a conscious manner in liberating himself from the crutches of oppression under the guidance of God. This movement gave rise to a verity of theological movements with different concerns and philosophical influences. Black theology, Feminist theology, Queer theology; are some of the major examples of theologies that have branched out of liberation theology based on a particular identity. Postmodern theology and postcolonial theology; are examples of those which are influenced by a particular theoretical movement. There are also theologies that have emerged by combining insights from different theoretical movements.

The works of Marcella Althaus-Reid, a well-known queer theologian, draw from postcolonialism, postmodernism, post-marxism to challenge the heterosexual bias of liberation theology. She christens her theology indecent theology. She writes, Decent theologies struggle for coherence, the coherence that sexual systems also struggle for.; liberation theology, as a discourse from 1970s in Latin America, understood the economic (even if only partially) esoterism of the Christian dogmatic and imperial traditions of systematic theologians. Imperialisms are by definition criminal activities of expansion, possession and control; theologys permanent search for coherence is only an expression of its hegemonizing objectives, taxonomy.1; It is against this background that one needs to understand the present edited volume on Dalit Theology. Dalit theology can be catagorized under Contextual Theology.; It takes the Indian context as a site where various kinds of oppressions are fought by dalits along with other subalterns and then attempts to theologize.

Arvind P. Nirmal, a Christian dalit, can be credited for inaugurating this discourse in the 80s by criticizing the brahminical ideology that has crept into Christian theology in India. This is due to the domination of brahmins in seminaries and Christian colleges. He saw liberation theology as a great source to challenge the hegemonies lurking in Indian Christian theologies. Nearly seventy percent of Christians in India are dalits and their relation to religion is a complex one. Dalits, a century earlier, saw in this religion an emancipatory potential in comparison to Islam or Hinduism. Dalits are particularly disappointed with the practice of Christianity which has not managed to be different in terms of caste and untouchability. Caste has percolated into every aspect of a Christians life. Dalits are excluded in churches with separate seating areas informally designated. It is this lived experience that motivates most of the contributors in this present volume.

The volume is organized into three sections with a general introduction by the editors. Although the contributors have come from diverse experiences and theoretical backgrounds the editors manage to give a proper perspective to the whole volume. The editors are also contributors and their contributions are placed in the first section.; These articles are largely introductory in nature and state the aims and objective of dalit theology. In a nutshell, the aim of dalit theology is to challenge the meta-narrative of Indian Christian theology which is deeply caught forging a pan-Indian nationalist image in contrast to colonial and other theologies. Sathianathan Clarke in his piece emphasizes the self-imposed exclusiveness of dalit theology to other theologies by denoting dalit suffering and (bodily) pain. The pain-pathos of dalits and the ensuing knowledge becomes a basis for developing a theology that is unique to them. This theology also seeks inclusiveness apart from methodological exclusiveness to other oppressive groups like the other backward classes (OBCs etc). Unlike the karma theory of Hindus and its hierarchical notion of being, which justifies the degraded treatment of dalits, Dalit Christian Theology believes that God created all human beings in love and for freedom.
The subsequent article by Deenabandu Manchala attempts to answer the many questions that non-dalit and non-Christian dalits have asked or might ask. Do dalits need a theology at all for their liberation? If the primary addressees of theology are the members of the church, how many dalit Christians really want a theology that reminds them of an identity that they have always wanted to shed? How many non-dalit Christians know or want to know what dalit theology is all about? The response to some of these questions is quite convincing, but Marcella fails to answer why non-Christian dalits should be concerned about dalit theology for their own liberation.
Vinayarajs article deals with the postmodern influence on dalit theology. Taking his cue from Derridas deconstructive strategies of unsettling the meaning of signs and exposing the politics behind the construction of meaning, dalits read the Bible for change and in order to transform their lives.

Vinayaraj writes, Dalits read texts and text read them (dalits).; Foucault is also invoked heuristically to show the power of discourses and how dalit theology is actually contested epistemology. Although he attempts to link postmodernism and dalit theology, it is written more in a prescriptive mode, the real linkages between both are not clear when one reads other contributions in the volume. However, the main point that Vinayaraj makes is that dalit theology is very sensitive to internal differences and does not tend to homogenize unlike the modernist theologies.

The next section concentrates on the relationship between dalit life worlds, symbols and dalit theology. Jesus and Ambedkar: Exploring Common Loci for Dalit Theology and Dalit Movements by L. Jayachitra is a courageous attempt to bring closer two distinct dalit liberative symbols. She borrows Edward Saids term contrapuntality, a musical term adopted by Said for methodological purposes to critique knowledge production. In simple words, a critical engagement with loaded social science terms like culture, state, identity etc reveals their transformative potentials. She urges dalit theology to engage with dalit movements to help conversion at the movement level. Anderson H.M Jeremiah wants dalit christology to look at historical Jesus of Greco-Roman history and take inspiration to fight for land rights for the landless.
The last and final section is on dalit feminist accounts, dalit theology and the possibilities of their encounters. However, it appears that these articles emphasize dalit feminism more rather than theology per se with sparse references to the biblical stories about Jesus. Surekha Nelavala and Prasuna Gnana Nelavala quote from the; chapter of Luke in the; Bible and narrate the story of the bleeding woman coming in contact with Jesus and how she got healed. This is a metapho-rical allusion to; healing dalit womens dual suffering of patriarchal and caste oppression with special emphasis on the body.

Overall, the edited volume is an important contribution to the emerging dalit theology movement. The reader needs to be highly sympathetic to the dalit Christian predicament and needs to be well acquainted with theological movements and some knowledge of the Bible. The reader who is not aware of the context will feel alienated as the introduction does not help.
However, for dalits who are not Christian and do not see any liberating potential in the Christian religion and go along with Ambedkar in criticizing the transcendental and mystical underpinnings, the articles in the volume sound unconvincing. Ambedkars attraction towards Buddhism, a religion which is intellectual, rational, spiritual and immanent in its outlook is still a powerful challenge to Christian dalit theology. To be transformative and radical dalit theology needs to seriously engage with other progressive theologies or religions, and learn to be self critical to be truly liberating and spiritual.