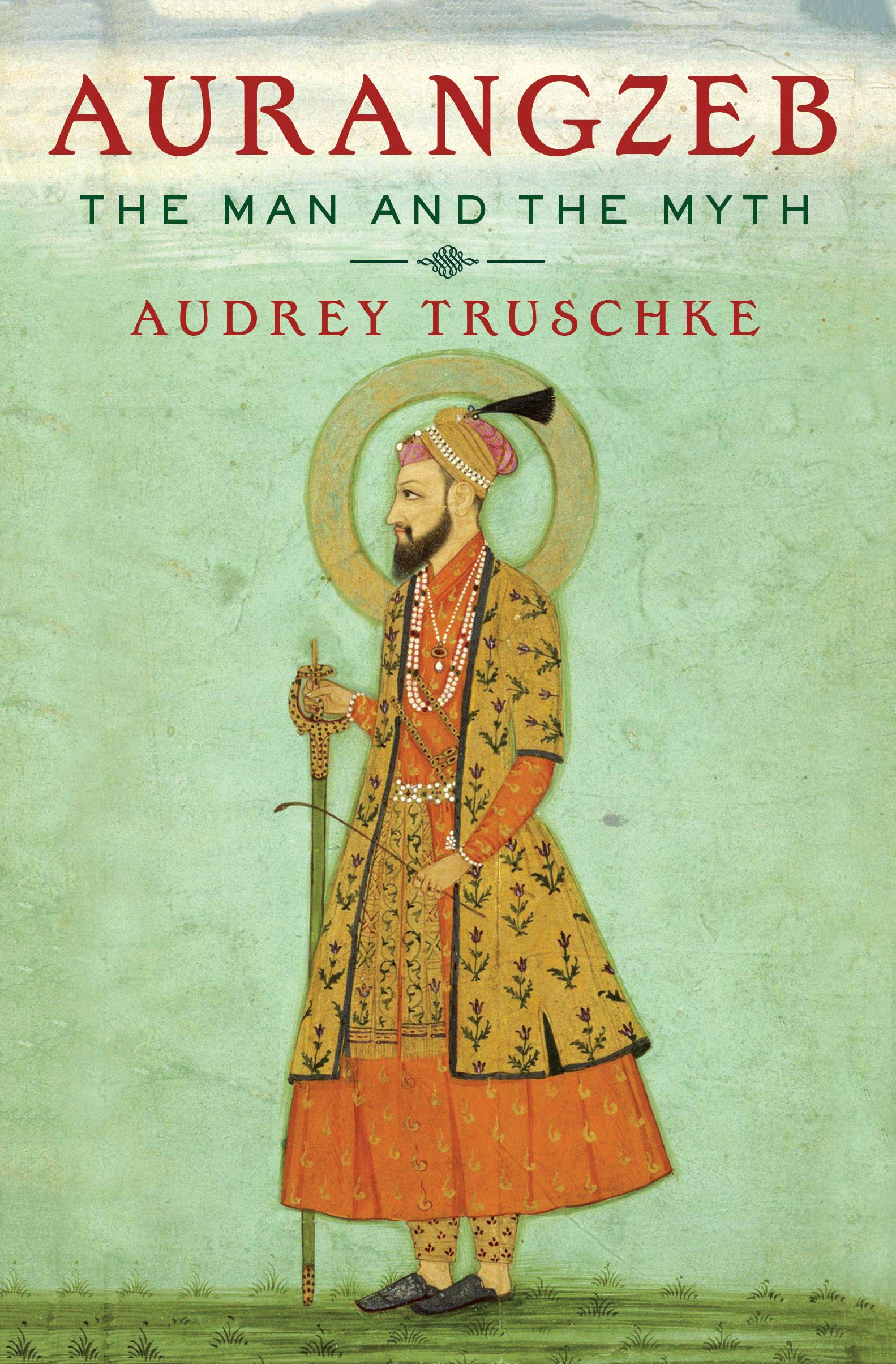 Both Audrey Truschke and her book Aurangzeb have garnered much attention. A number of interviews of the author, reviews of the book, and other promotional material are circulating widely on the internet. The Preface says that the book is an ‘accessible biography’ of Aurangzeb that introduces the reader to its subject ‘in all of his complexity’. For a topic so complex, the book stands at a modest 139 pages of main text followed by a short postscript and a brief bibliographical essay. In place of footnotes or endnotes, the reader has to refer to ‘Notes’. Those looking for exactitude in arguments to sources of information will be disappointed. The author wrongly claims that ‘unlike other Mughal rulers … Aurangzeb has been neglected over the past several decades (p. 5)’. In the last decade and a half, amongst others, M.L. Bhatia, Shujauddin Naqshbandi, Abraham Eraly and Azizuddin Husain among others have written lengthy and extremely well-researched tomes charting the exact same ground. Further, well-researched historical fiction pertaining to Aurangzeb exists in English and multiple Indian languages. These include authors such as Sharad Pagare (Dakhani/Hindi), Shivaji Sawant (Marathi), Shyamal Gangopadhyaya (Bangla) and others.

The target audience of the book is both the scholarly world as much as the English speaking population of South Asia and beyond. The book deserves evaluation as an ‘accessible’ work, and as a sample output from American Indology. Ever since the decline of the Mughal Empire, Aurangzeb’s memory and history have been stuck in the quicksand of a high-pitched debate confined to questions such as, ‘was Aurangzeb a fanatical Sunni Muslim who harmed those from other creeds?’ and, ‘was he a quintessential Oriental Despot?’. Hitherto, historians of Aurangzeb have answered these questions in two ways. Firstly, by saying that Aurangzeb was indeed a fanatical Sunni and/or power-hungry despot. This view has been espoused best by Stanley Lane-Poole, Jadu Nath Sarkar, Sri Ram Sharma and Azizuddin Husain. I.H. Qureshi and Iftikhar Ghauri have given a positive spin to this narrative by portraying Aurangzeb as a saviour of Islam and the (Sunni) Muslim community of India. Secondly, this has been answered by saying that Aurangzeb was not a fanatical Sunni Muslim or a power-hungry despot, but just a clever politician or a misunderstood but complex figure. This view has been best espoused by Sadiq Ali, Shibli Nomani, Athar Ali and Satish Chandra. Truschke joins them in arguing that Aurangzeb was a complex figure. In doing so, she offers no alternative to the repetitive and worn-out questions that characterize this debate on the character of Aurangzeb as a person and as an institution/padshah. This highly partisan debate has trapped Aurangzeb and his age into a jaded single-point agenda of iconoclasm and despotism. Aurangzeb and his age need to be rescued from this.

Early on in ‘Introducing Aurangzeb’, there is a section on public memory regarding Aurangzeb that ostensibly reviles him as a zealous, bigotted and vile oppressor of Hindus. Truschke goes on to show how Aurangzeb is a despised figure for secularists and Hindus in South Asia. She does not mention how Aurangzeb is also despised in the collective memory of Sikhs, Shias, Bohras and Ahmadiyas, or that he is largely remembered as a respected figure by Sunni Muslims. The inability to appreciate the fractured memory of Aurangzeb across communities in India and Pakistan is a fundamental flaw in Truschke’s book.

Truschke points out that ‘misinformation and condemnations of Aurangzeb swirl about … [while] the man himself remains an enigma (p. 4)’ today. However, Truschke fails to demonstrate convincingly whether Aurangzeb was a mere man or an institution, i.e., padshah, and how and on what basis to differentiate the two. Thus, in the section ‘Recovering Aurangzeb the Man’, she talks only about the key ideals on which Aurangzeb ‘organized his life as ruler of Hindustan’. These key ideals for Aurangzeb were devotion to justice, piety and the polity. However, this was also the case for any other ruler across the Islamic world in time and space. It would have been beneficial if Truschke could have analysed how exactly Aurangzeb and his age understood ideals such as justice, Muslim piety and the polity, especially with regard to those before and after him, whether in India or elsewhere. Further, there is nothing abnormal about Aurangzeb being ‘misunderstood’. Historians, public figures and private individuals are bound to have divergent views about Aurangzeb given the relevance of issues that Aurangzeb represents in the present-day socio-political situation in South Asia. To seek a uniformity of views on Aurangzeb, or any other historical subject, is disingenuous.

Repeatedly, the author’s claims about the worth of her own book smack of hubris, and disregard other historians. This hits a high note when she says that she ‘aims to deepen our remarkably thin knowledge
(p. 153)’. On p. 13 she says, ‘[I]t is especially germane that my suggested intervention in current distortions of Aurangzeb is based on serious history. In contrast, earlier thinkers have tried to defuse the volatile popular image of Aurangzeb by using two distinct tactics that have both failed because they are defensive.’ In other words, Truschke claims to have gone on the offensive, and that too purely for the love of the craft of history, unlike others who wrote before her. She claims to fulfil a ‘core guideline’ of history, i.e., ‘understanding historical figures on their own terms (p. 16)’. It could be argued that it is equally valid for historians to understand history on their terms, and not only on the terms of their subject. History establishes a connection between the past and the present. Also, there is a huge difference in writing about the history of Aurangzeb, and the historical memory of Aurangzeb. Truschke’s book tries to cover both but says this only: Aurangzeb’s actions in the past do not
justify his present memory in the Republic of India, especially amongst its Hindu
nationalists. This only tells us what Aurangzeb was not. It does not tell us what Aurangzeb was.

During Aurangzeb’s reign, there was a template in Persian tarikh-nigari (history-writing) followed by each and every historian describing the accession of Aurangzeb. Thus, the Mirat-ul Alam of Bakhtawar Khan, Amal-e Saleh of Muhammad Saleh Kamboh and the Khulasat-u-tawarikh of Sujan Rai Bhandari, all written by historians of very different backgrounds, in different decades, unanimously suggest that a prime reason why Aurangzeb eliminated Dara Shikoh was because the latter was so keen to fraternize with Hindus that he forgot the name of Allah for the sake of Hindu gods, and started reading and worshipping Hindu holy books in place of the Quran. Truschke states that ‘Aurangzeb pursued no overarching agenda vis-à-vis Hindus within his state’ (p. 17). This is false. Contemporary evidence suggests that Aurangzeb saw Islam as an ideology superior to Hindu culture. Such a discourse towards Hindu culture was unprecedented in Indian Islam. It was not uncommon for historians to castigate political rivals of their patrons as ‘un-Islamic’. However, Aurangzeb’s historians termed Dara ‘un-Islamic’ due to his dalliances with Hindu religious culture.

To give short shrift to the political and military career of Aurangzeb before he became an Emperor is unfortunate because it was in these appointments that Aurangzeb’s personality came into being. It was in these years that Aurangzeb came to be seen as a laconic dervish with few needs. He came to be seen as one who tended to keep the comforts and insignia of the Mughal court and royal family away from himself. He acquired his fearsome reputation as someone who prayed in the middle of a battle. He started patronizing atypical political allies from amongst the Bhils, Afghans, Marathas and Dakhanis in these years. In Chapter 2, some half-claims such as ‘Aurangzeb may well have been exposed to Persian translations of Sanskrit texts’, and ‘Shah Jahan … perhaps even saw his son in his own image’ could have been avoided.

The book shows how Aurangzeb’s padshahat was in continuum with that of his illustrious forebears, who sought to be adil (just) sultans. However, Truschke has not considered Aurangzeb and his forebears’ enthusiastic proclamation of themselves as ghazi (warrior, raider) sultans. This is unfortunate because ghazi was part of the official ruling title of the Mughal monarchs, while adil, despite being a major characteristic of the Mughal padshah, was not. Historians need to address and  explain incidents and issues such as temple desecration, relations between Islam and other cultures, and inter-relations amongst religious communities in the Mughal period. Hitherto, historians of Mughal India have answered these questions with selective answers from selected sources. Truschke does admit the presence of these issues and questions but is unable to explain them, or tell us about the larger context in which these were framed in the Mughal period.

The book highlights instances of Aurangzeb’s dalliances with Hindu culture or with leisure activities such as sojourns in Kashmir, interest in music and jharokha darshan. Aurangzeb took to austerity a decade after his coronation, and stopped patronizing certain cultural and literary activities at his court. Even if some of these cultural activities were of Hindu origin, Truschke shows that Aurangzeb continued to be a patron of novel and older cultural projects of Hindu origin. In ‘Administrator of Hindustan’, Truschke shows how certain Hindu classes were better represented than others in Mughal service. The final section addresses Shivaji, and suggests that Rajput or Maratha figures that defied Mughal authority did not do so as ‘Hindus’. Again, this is a disingenuous argument in light of Shivaji’s proclamation of Hindu-pad-padshahi, and Rajput literature from the seventeenth century that is very much conscious of its Hindu-ness. The book could have paid more attention to Aurangzeb’s relationship with the Sikhs, Jats, Ahoms, Pathans, Marathas and other communities that were at the receiving end of the Mughal military might. In not differentiating the Mughal treatment of their Hindu Kayastha (in bureaucracy) and Hindu Rajput (in military) allies from communities at odds with the Mughals, Truschke erases the difference between Hindus, which is exactly what her detractors on social media do.

Finally, it needs to be said that there is no point in endlessly debating whether Aurangzeb was a good or bad person, and whether his regime was good for this or that community. While Truschke’s desire to unshackle Aurangzeb’s historiography from these issues is welcome, she ended up using a very presentist understanding of terms such as Islam, Hindu and Muslim. Truschke uses terms such as Islam and Islamic in a timeless manner. Thus, in the Vachanika Rathor Ratansinghri, an eyewitness account of the War of Succession (1658), the poet easily says that a certain Sahib Khan, was a great Hindu warrior, and exceeded Hanuman in his loyalty and prowess. This would be impossible today. Truschke, claiming to be a cutting edge historian, needs to explain how this change came about. On p. 85, she ascribes Aurangzeb’s penchant for justice to Islam, while it was equally a function of Iranian civilizational ethos. Further down, she says that ‘Aurangzeb broke Islamic law’ in imprisoning his father. Truschke is unable to tell the reader how meanings, definitions and inter-relations amongst terms such as Islam, Muslim, sultan, padshah, Hindu, Rajput, religion, secular or puritan changed from the age of Aurangzeb to the present day. In failing to provide a clear picture of the wider world that formed the context of Aurangzeb, Truschke falters in her attempt to ‘comprehend people on their own terms, as products of particular times and places (pp. 11, 16)’, and, in her attempt to provide a ‘more nuanced and compelling story’. Historians of Aurangzeb’s reign need to ask different and fresh questions from both Aurangzeb’s and their own age. Truschke has ended up regurgitating terms of an old debate in a partisan manner in a book that proclaims itself to be a ‘fresh narrative’.