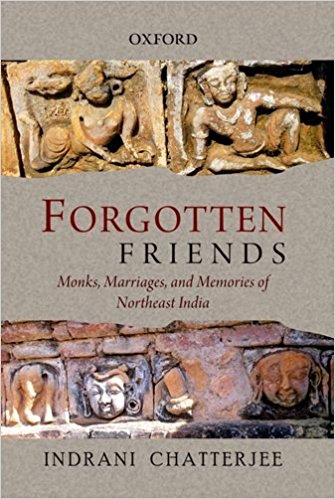 As I began to read Forgotten Friends: Monks, Marriages, and Memories of Northeast India a fresh bout of political mobilization demanding separate statehood had already spiralled up in Assam. These competing political claims had overlapping geographies and try to transcend the limits of modern political boundaries.At the same time, the politically contested space that such mobilization lays claim to, belongs to the fertile plains only. Elsewhere there are reports of increasing conflicts in the foothills of Assam and its neighbouring hilly States. There is little doubt that these competing claims are essentially over sharing of natural resources, claims over land for rice and tea cultivation.

The world of political boundaries, social relations and political fraternity which this political mobilization seek to answer could be found in the pages of Forgotten Friends.