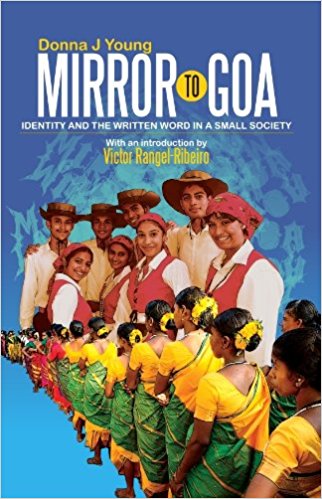 From the desert state of Arizona in the U.S., a researcher was drawn to the printed word emerging from this small region called Goa. Donna J. Young tells Frederick Noronha what made her look at the literature of this distant land, and why she found Goan writing (primarily in English, which she studied) to be interesting. Her book on Goan writing (in English) was recently published under the title of Mirror to Goa: Identity and the Written Word in a Small Society.

FN: From Arizona to Goa is a long distance. How did you get interested in the literature of this small region?

DY: Actually I grew up in Atlanta, Georgia and moved to Arizona recently. As a small child I lived in a neighbourhood of many Cuban refugees. I learned Spanish and became interested in Latin America. I pursued this interest and majored in Spanish at the Georgia State University.

Then, I went on to get a Masters in Spanish in California. I was not happy with the Doctorate programmes at any of the universities in languages. I felt that they emphasized too much on literary analysis. I wanted to analyse literature according to the people who wrote it and how they were influenced by their history and society, rather than what metaphors, similes, and symbolism there were.

So, I decided that I would have to switch departments and went into history instead.At Georgia State when I was taking some background classes, I decided that it would be fun to branch out and take other areas instead of Latin America alone. I took classes on Africa, the Middle East, and South Asia.