Fiction and the Family Tree 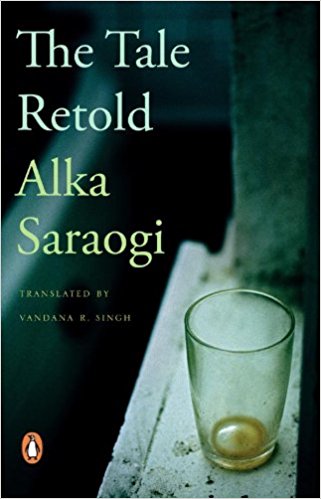 Alka Saraogi has made a big name in the realm of Hindi fiction. Her first novel Kalikatha: Via Bypass made such a mark that her reputation runs the risk of always being stitched to her first novel. It is hoped the rest of her work is not bypassed. It is unfair to put a short story book alongside a novel, because as Carlos Fuentes remarked in his introduction to his book on Latin American Short Stories, a short story is a boat while a novel is an ocean liner. But having read Saraogi’s novel, Over to You Kadambari, in order to appreciate her short fiction, one can’t help referring to it in passing. In her novel she gently explores the tangled web of relationships—parents, in-laws, daughters. It is a ruminant book as the author and the main protagonist, Ruby, walk the memory trail. The novel flows gently and yet there is no dearth of events or characters, who are painted with deft strokes. The males, Ruby’s husband Sudhir and her father come off rather well.

So does her socialist Mamaji, who later fades away from the book, in fact disappears. The relationships with the women right down to Sarita and Saira are much more intricate, replete with hesitations, complexes, and fears of being misunderstood. Ruby’s memory itself becomes an ocean, disturbed and restive. She discovers later, through chance, that she was adopted. And Calcutta comes alive, as it does in her short stories. The storyline, an elongated biography, never runs thin or flags, but proceeds in an even manner without any unnecessary ‘dramatic’ intrusions.

Nothing prevents a reviewer from starting with a prejudice. This reviewer is hostile to story writers who write stories about stories. The reason is simple. One has seen a lot of bad poets write bad poems about poetry. But when one finishes Alka Saraogi’s first and title story ‘The Tale Retold’, one has to change one’s mind, and shed an old prejudice—for a short while. This very touching story about the growing up of a handicapped child, Sudarshan, and the travails his mother Aparna has to go through, could not in aesthetic terms have been written any other way. Aparna makes it an exclusive mother-and-son love story, this two decade struggle to see her son come to terms with life.