Fragility of the Secular Ideal 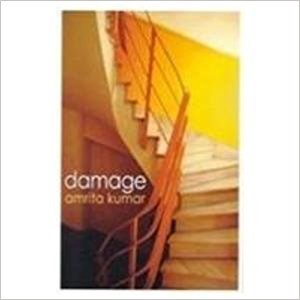 There are not too many Indian English novels that address the concerns of the Christian community in India. It is hard to think of instances beyond Arundhati Roy, I. Allan Sealy and David Davidar in recent years. Amrita Kumar’s Damage attempts to fill this gap. Through the first-person narrative of her protagonist Gudda, Kumar tracks the struggles of this minority group in a changing sociopolitical scenario. History, religion and cultural identity form the core concerns of this novel. Gudda grows up in the eccentric household of her single mother, a fanatical born-again Christian who lives in a house beside a stinking drain in South Delhi. The early pages recount Gudda’s experiences in this strange environment, as she encounters an array of relatives and visitors, many of them distinctly odd.

Some of these figures are deftly caricatured, with grim humour. There is Pila, the Ceylonese missionary who tries to sexually molest the adolescent Gudda; Darla, the faith healer caught in bed with Pastor Eric Masih; and Zach’s gang, ‘the new breed of missionaries’, who are eventually exposed for their links with the drug trade. There is a general tendency to homogenize the Christian community in India, but through its motley cast of characters, the novel interrogates such cultural stereotyping.

At twenty-one, Gudda’s life takes an unusual twist when she moves to Mumbai, and marries a Hindu against her mother’s wishes, only to be quickly disillusioned about her marriage. Questions about her past begin to haunt her, after she learns that her mother has disinherited her. Personal and pubic history converge in Gudda’s consciousness when, under a new government, Christians in India come under attack. She now feels the need to defend and affirm her identity. ‘How would you feel if someone who doesn’t know you suddenly starts telling you who you are? What your religion is about?’ After a twelve year absence, she abandons her crumbling marriage and returns to her Delhi home, to find things changed, her mother old and senile, and her sisters now her own worst enemies.