Feminism, Family and the Law 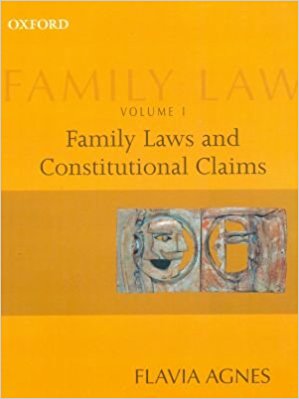 Feminist politics and law share a rather troubled relationship, Flavia Agnes’s magisterial two volume account of a particularly difficult aspect of this relationship is going to be read and referred to by scholars and activists. This of course would be a very useful book for all women to read in order to understand their real position within the seemingly natural and supposedly loving institution called the family.

While many feminist campaigns have forcefully argued for a change in laws and even in the legal system, there are others who have argued about the futility of such an exercise, since the entire legal discourse is steeped in dominant patriarchal assumptions and structures. Yet others have made sophisticated theoretical arguments to demonstrate that the modern state and its legal discourse steeped in the language of rights has its own limitations for the feminist movement.

The language of rights can notoriously be employed to pit one group against the other with no possibility of the ethical and moral concerns of the marginalized groups ever being able to assert themselves. Laws in the context of the modern nation-state based on ideas of universal citizenship work with a uniform set of laws, this precludes the possibility of addressing specific and sometimes rather nebulous questions that are a part of human  life. Law and the legal system are clearly unable to deal with these ambiguities.