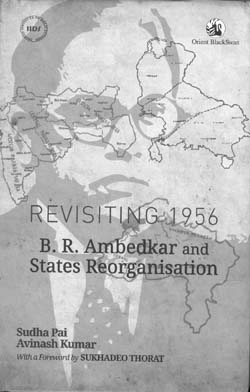 1956 was a watershed year in the political history of India as this was the year when the reorganization of the states commenced thus paving the way for the demands for new/smaller states. A reluctant political leadership, shaken by the simmering tension and violence in different parts of India, had already conceded the demand for a separate Andhra State in 1953. Now after receiving the recommendation of Fazal Ali headed States Reorganization Commission (SRC), which led to the passage of the States Reorganization Act, 1956, the law makers did start conceding the demands for new States on a case-by-case basis subject to the fulfillment of certain criteria like the demand for the proposed State was to be considered only if a) it had a wider support base among the local peoples including the sizable linguistic/cultural minority; b) the proposed State was to be socially and economically viable; c) demand should not be potentially secessionist in nature; d) the basis of the demand should be cultural or linguistic and not communal; e) the creation of the new State was not inimical to the implementation of five-year plans crucial to the then avowed aim of nation building. Significantly, the then government at the Centre did not accept the recommendation of the SRC regarding the creation of the States of Telangana, Jharkhand and Vidarbha and there was a great degree of reluctance to create a Punjabi Suba where both linguistic as well as religious identities gelled together.