Explorations in a Rational Mode 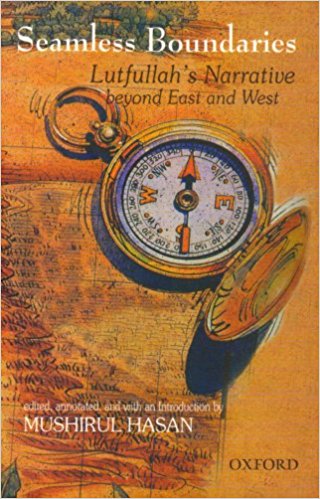 The Autobiography of Lutfullah, A Mohamedan Gentleman and His Transactions with His Fellow Creatures (the original title of the book when it was first published in 1857) belongs to the popular genre of travel writing in the 19th century. The Travels of Dean Mahomet from the 18th century and Abu Taleb’s account of western civilization, Mair-I Talibi fi Bilad-I Afrangi have been recognized as important early Indian perspectives on the West. These memoirs were written by travellers and adventurers with a view to acquainting readers both Indian and European with the manners, customs, prejudices, religious and other cultural practices of different peoples. While contemporary European travelogues constructed an Orientalist other, Lutfullah’s narrative is remarkably free from any marked biases. As Mushirul Hasan remarks, Lutfullah’s work explores the West ‘without celebrating it or defaming it’. His responses to both the West as well his own society are rational and largely unprejudiced with a few exceptions, notably his position on the seclusion of women. Quite obviously the book offers a perspective on contemporary debates of secularism, tradition and modernity or India and the West.

Born in 1802 in Malwa, Lutfullah’s ancestors prospered under the patronage of several rulers including Allaudin Khilji and Aurangzeb, before the Maratha conquests led to the confiscation of their lands and allowances. The son of an Islamic priest, Lutfullah’s childhood was spent in straitened circumstances.