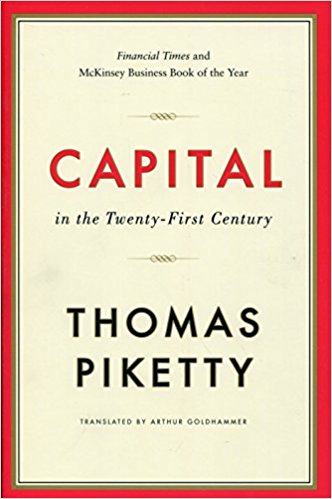 The inequalities of income and wealth in our time are blatant. There is a feeling of outrage when we see the opulent demonstratively flaunt their scission from everyone else and contrast the abysmal poverty on display: the hungry waiting outside the kitchens of seven star hotels for what the overfed diners inside have left on their plates; a beggar girl with a baby on one arm at a crossroad, scratching futilely at the window of a hundred thousand dollar car; the hovels of Mumbai crowding a shanty town a stone’s throw from a hundred million dollar home built by a businessman. Inequality in the distribution of income and wealth has been around in every part of the world since history began. Over the centuries it has been extensively written about, in histories, in social comment, in poetry and novels, among other things like government reports. But, think about it, beyond the moral sentiments that those images arouse, our knowledge of the subject goes neither far nor deep.