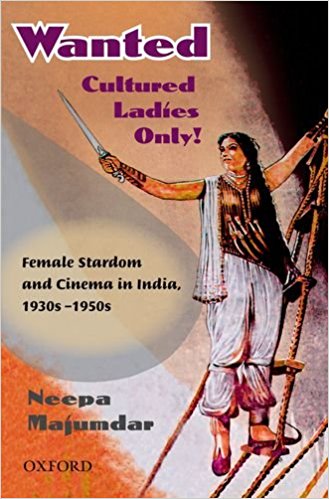 The core of any commercial cinema—be it Bollywood, Hollywood or the Tamil film industry—is its stars. The ones who make or break a film, set box office records and fashion trends and fire the dreams and imagination of billions of fans. They are the face of our popular culture. Then again the notion of stardom is not static. It has changed and evolved over time and the idols of today owe much of their allure to the foundation laid by their ancestors in the show business. It is the past that makes our present. Neepa Majumdar’s Wanted Cultured Ladies Only! does precisely that. It takes us through the early days of cinema—the 1930s—to the golden period of the 1950s to understand the stardom of the times, specifically the creation, apparatus and mythology of female stardom that may also help us put contemporary stardom in perspective.

Gender bias has been a most obvious aspect of a patriarchal, male dominated popular Hindi cinema. Women have largely been adornments, both in the films’ texts and at the box office stakes as well. They have had to pander to the male gaze, play regressive roles and have never been quite in the same league as men when it comes to box office stature. Majumdar takes us back to the earliest times when women were not quite in the frame. Since the profession was not considered dignified even women’s roles ended up getting assigned to men. Gradually actresses began to make their way on to the screen, quite a few times in desperation to earn a decent living and support their families. In the 1930s Mary Evans changed the game. A former ballet dancer and circus artiste, she became an iconic figure in early Indian cinema as the female Robinhood. Alongside her, Ruby Meyers (Sulochana), Patience Cooper, Durga Khote and Devika Rani ruled the industry. In fact Sulochana was known to earn a princely sum of Rs 5000 those days, much more than any leading male star.