Living in the Margins 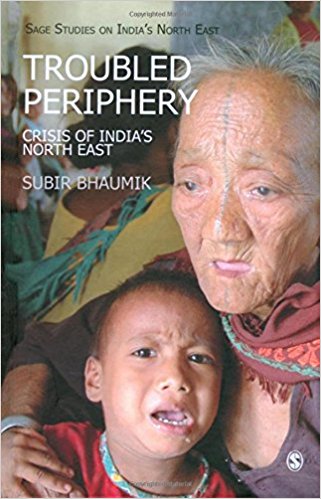 The insecurity of people, faced with helpless conditions of violence, confron-tation, lack of access to basic services, has surged incrementally across India. In regions as ethnically complex and challenging as what is commonly called the ‘North-east’, it has been made worse by the refusal of the Central Government and its wimpish leadership (no matter how loudly they rail against Maoists and insurgents) to understand a few basic points.

What are these ‘basics’? Among the main issues across the region and other parts of India, is a growing seething anger among people who feel deeply and bitterly let down by governments at the district, state and central levels. Health and education facilities are pathetic, maternal mortality levels are the highest in Assam for the country and internecine confrontations are visible virtually along every kilometer that one travels.

The complex problems that find space occasionally in news headlines but more often in scholarly reports and dry government studies and recommendations, appear to be spiralling, creating problems which appear endless, whether it is the divide between the Nagas and the Meiteis of Manipur, the Bodos and the Assamese, the Mizos and the Chins (many of whom are either refugees or economic migrants from Burma/Myanmar) or the immigrant Muslim settlers and the indigenous in Assam.

I first met Subir Bhaumik in his home-town of Agartala, Tripura, many years ago. His booming voice and large presence were charged by an energy that outpaced his bulk. From his early years as a reporter, Subir has been fascinated by the world of insecurity that has dominated political discourse in South Asia, but especially in the North East and Jammu and Kashmir. Over these couple of decades, he has spent a lot of time building up contacts, networks and researching issues relating to the militancies and insurgencies of the area.

Bhaumik has interviewed Paresh Barua, the military chief of the United Liberation Front of Asom—and right now probably its only substantial leader outside of jail who is holding out against discussions with the Centre and a possible settlement—more times, I am sure, than he can remember. He writes extensively, anchors a popular Bengali show in Kolkata, is well-known for his booming presence at seminars and workshops—his participation adds a flourish if not depth to discussions—and has been the BBC’s reporter for eastern India for almost as long as one can remember. He is entertaining and a wonderful raconteur.

I was looking forward to that energetic presence in this book. But that quality is missing. Throughout its length, as I took time to read it very carefully, much to the concern of my assigning editor who worried that I would not finish this review in time, the book goes over important issues—but does not make clear, cogent and comprehensive analysisor come up with anything that is dramatically new, apart from sections on Bangladesh’s involvement with the Tripura insurgents and Ulfa, although the book is peppered with mention of exclusive access to papers. Some of these are quite well known and published such as Naga strongman Muivah’s place on the board of an Irish company.

The blurb says that Subir has broken some of the ‘biggest stories’ of the region. Where are these here? We miss the story-telling and vibrancy that drive home his arguments and points, a style for which he is known. Is it because of a straitjacket of a ‘serious’ book for a serious, scholarly publisher? On top of it, there are many sloppy publishing, editing (including mixed tenses in sentences) and factual mistakes that neither the author nor Sage should have allowed.

A few stand out: Arunachal Pradesh is described as having a population of a quarter million; it is, the official website says: ‘The population of Arunachal is 1,091,117 according to 2001 census and is scattered over 12 towns and 3649 villages.’ Massacres and major killings are barely defined beyond ‘hundreds’ being killed or being ‘massacred in large numbers’; there is a statement seeking to connect land alienation and insurgency in Tripura through a set of interviews but it is not clear if the author asked specifically what had, in the view of the displaced, caused the insurgency; ‘thousands’ in Nagaland and Mizoram have been displaced by security operations and never allowed to go back home—details are not provided, most in Nagaland did get back to their original villages, not so in Mizoram. It is surprising that in the eight major causes of conflict-induced internal displacement given by the author, he has left out the Nepalis/Gurkhas who were driven out of the Shillong area in 1980; this triggered the demand for a Gorkhaland by a little-known figure called Subas Ghising. And how do the Mizos who were driven out from their homes by the Indian army and other security forces in the 1960s fit in this prism, thousands of whom he said never returned home?

Bhaumik’s forte is clearly not economic strategy and this chapter is weak, as he relies heavily on published material including from the Vision 2020 report for the North East that I had helped to write.

Almost every chapter suffers from a sudden desire to present views as in a verbose classroom lecture, akin to a power point, with a set of conclusions as in 1, 2, 3., 4, etc., or a, b, c, d. Subir is also very strong on issues related to his home state, Tripura, and the problems caused by the Gumti dam, which is extensively analysed, as reasons for causing alienation and insurgency.There are other substantial issues which merit more than a look: of illegal migration, water resources, development issues.

These have been touched upon but not in the depth that is necessary in a work of this nature. However, one can sympathize with the difficulty of choices that Subir faced: he was trying to examine the roots of the problems before the region. In the process, he has tried to cover everything. The result is a web of detailed complexity where the reader can lose himself/herself added to a degree of lack of clarity. He talks about, all too briefly, his favourite four Kautilyan themes which the Indian State uses to soften recalcitrant opponents: sham, daam, dand and bhed.The North East’s diversity and challenges are difficult to encompass in one book and it may have been better if the author had focused on the areas where he scores so well as in the chapters on the Foreign Hand and the drug and illegal guns trade. Here his knowledge and command of the terrain are clear, as he marshals his facts and sets them out.

The connections between the NE underground groups and Bangladeshi officialdom as well as the Pakistani ISI come out well as well as ULFA’s opposition to Maoism. Yet elsewhere he says that the Ulfa is selling weapons to Maoists in the rest of India and Nepal, clearly as a business proposition. One could argue that he appears to be soft on the militants of Ulfa and for someone who is well versed in military lore does not go into any detail on why they suffered such a swift and stunning reverse in Bhutan at the hands of an army that they often derided as never having been bloodied in war. Ulfa lost some of its best fighters and organizers; not less than 1,000 of them and their allies were “neutralized” as a former Indian COAS said. How did such a disaster overwhelm Ulfa? Were its leaders too arrogant, too confident of their own strength and the belief that Bhutan’s King would not lead his men into war against the Indian insurgents? How could they have made such a huge miscalculation—ignoring India’s constant pressure on Thimpu as well as Bhutan’s own frustration at seeing its territory used and abused by a group of foreign gun-toting youth.

The book is silent on the growing frustration and anger over the killings on innocents in bomb blasts etc., in the state. There are seven references to the Armed Forces Special Powers Act without reflecting on how extensive the bitterness and alienation now runs against the state and how much the drug of abuse of this Act has permeated into the ranks of the security forces. As a member of the AFSPA Review Committee, it is a source of constant anger to see how the Government at the Centre has bowed its head before the army and allows it to dictate policy in Kashmir and the NER: this can never work. Political problems need to be dealt with sensitively and politically, with the last resort—the army—not being used as the first resort, as it has now become, and the police should be enabled to play a primary role in managing crises.

In his analysis of reasons for failure of government initiatives, security campaigns etc., the book misses a few elementary points: there is a failure, as someone who works in the field in the area of health, of delivery of basic services, of a lack of inclusive policies, a lack of long-term planning and determination to implement projects, programmes and policies. Why is it that our MMR and IMR are so high, among the worst in the country? How can this be resolved with the ‘high position’ that women are supposed to hold in tribal and non-tribal societies in the region? There is a mismatch here and we do not see this.

There is no use any longer asking the Centre to ponder about what has gone wrong. Those of us in and from the North East have to work out solutions to our own problems in the best way we can, regardless of governments. Because there are situations such as the feelings among communities and groupsthat governments cannot resolve—this requires sensitive and mature collaborations by open-minded groups that seek a better future, based on trust, reconciliation and transparency.

Subir’s approach is securitist and simplistic. At various points, he relies heavily on confessional statements (the veracity of such statements is always highly questionable) from captured insurgents. In his recommendations, he takes no position on the work permit proposals or the UID, extremely sensitive issues in the NER and both important to its future. How is the citizenship issue to be resolved? How is the indigene to be protected? Since this is not a collection of essays written by others, we wish we had greater specificity in the author’s views. That makes the difference between troubled peripheries and troubled peoples. It is the larger story of inclusion—or the lack of it.